Stephen Hawking was an incredibly influential English theoretical physicist, cosmologist, and author. Much of his work focused on black holes and the science behind them. Hawking also achieved commercial success through his books which allowed the general population to understand the complex topics Hawking researched. In 1963, Hawking discovered that he had amyotrophic lateral sclerosis, better known as ALS or Lou Gehrig’s disease. The disease would go on to gradually paralyze him and ultimately result in his death.

Stephen Hawking was born in Oxford, England, on January 8, 1942. Both of his parents attended Oxford University and saw success in their fields. This is particularly notable as women typically could not participate in college at this time. Hawking was the eldest of four children. In 1963, Hawking met his first wife, Jane Wilde, at a New Year’s party. They married in 1965 and went on to have three children. Their son, Robert, was born in 1967 and their daughter, Lucy, in 1970. Their youngest child, Timothy, was born in 1979. Hawking and Wilde separated in 1990. Soon after, Hawking began a relationship with one of his nurses, Elaine Mason. They married in 1995 but eventually divorced in 2006. 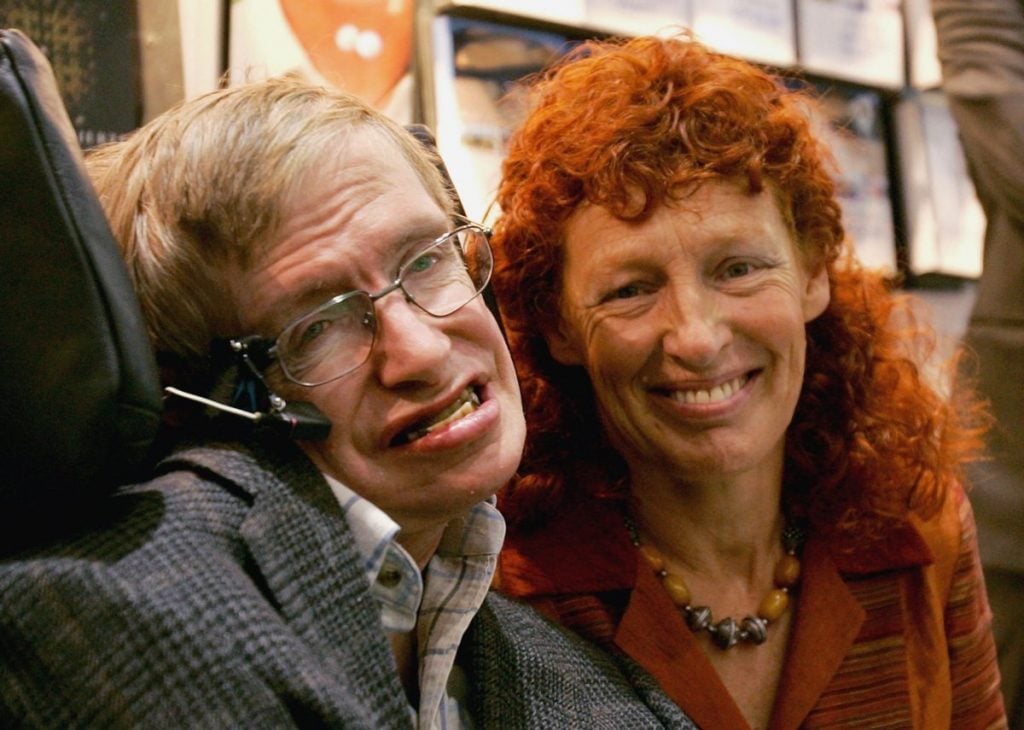