Tubman became sick again in 1849. Brodess, her owner, tried to sell her because she became less useful. Harriet “prayed for him all night long” to change his ways and refrain from selling her. When this was unsuccessful, she prayed “kill him, Lord, and take him out of the way.” Brodess died a week after and Tubman regretted her prayer, feeling responsible for his death. Knowing she would likely be sold, Tubman decided to escape with her two brothers, but after leaving her brothers had doubts and returned. Not long after, Harriet escaped alone, traveling through the network of homes and people called the underground railroad. She described the experience of crossing the Pennsylvania border as feeling like she “was in heaven.” 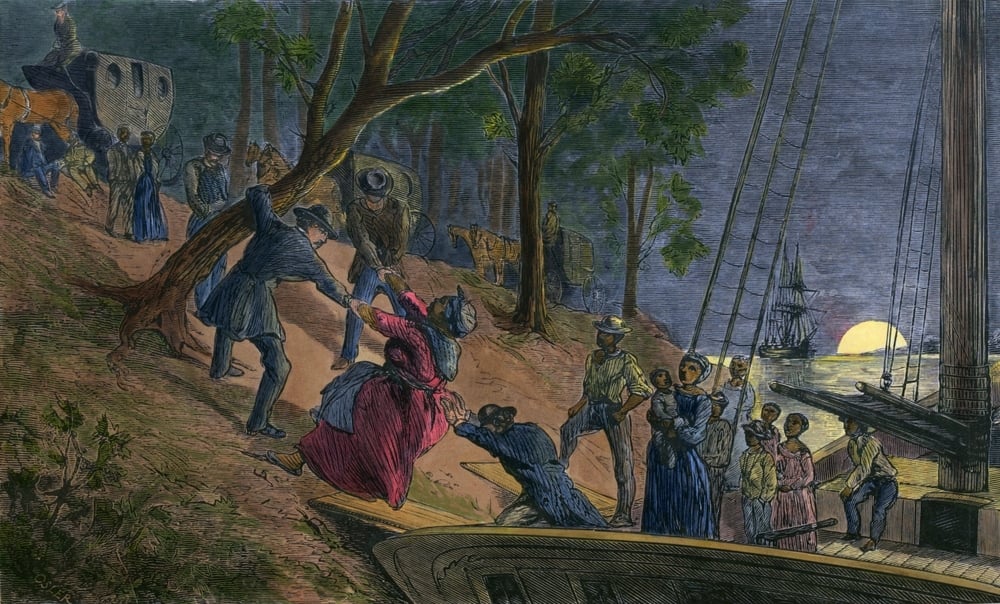