Fascism is a form of government which is run from the top down by one man or one party that has complete control. Fascists control the population with strict laws and punishments. They control the economy and the media. Fascism uses propaganda to keep people believing what the leaders want. Fascists push nationalism, discourage immigration, dislike foreigners, are racist, and approve of violence if needed. The ideals of Democracy are a stumbling block to the dictator's plans and goals. Fascists despise any form of government not run by a strongman or a small party which restricts freedom and rules with an iron fist.

Fascists see their citizens as a unit which must be under control. The state decides the values which must be shared by all. They develop, interpret, and direct the entire life of the individual. They suppress any opposition. The military controls everything. Criticizing Nationalism and Patriotism is a crime punishable by treason. Fascists don't like international trade deals. They want their country to be self-sufficient and strong on its own. Unions are illegal as are any organizations which may question the ruling elite. It is an accepted belief that Fascism is a totalitarian form of government, one that is in total control. 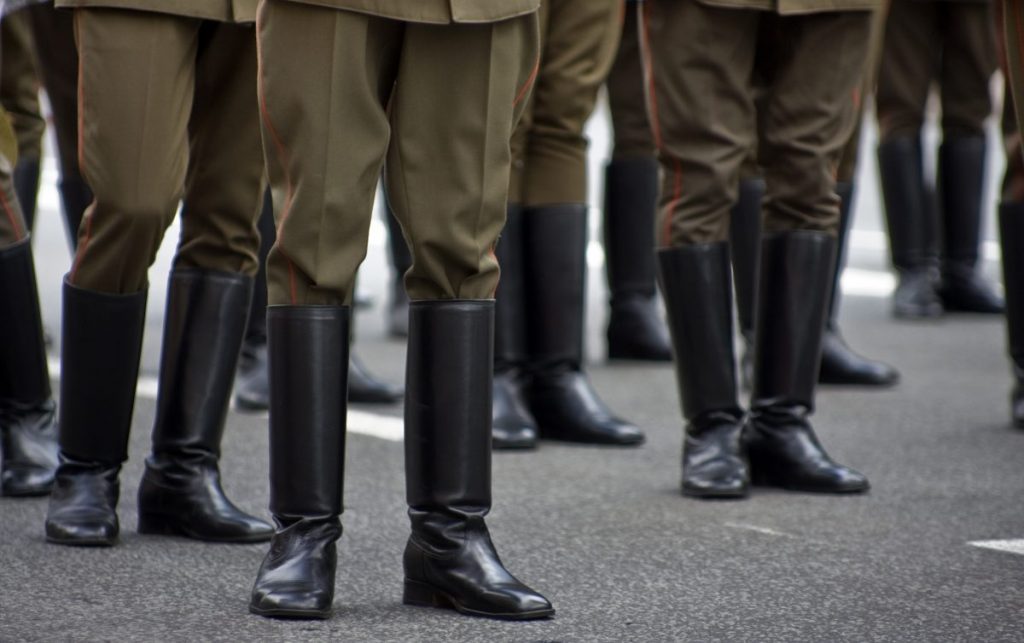