Miniature Schnauzers first came from Germany in the 19th century and were bred as working dogs and rat hunters. They're the result of breeding Standard Schnauzers with smaller breeds. Nowadays, Miniature Schnauzers are known as loyal family dogs. They are one of the most popular breeds in the United States and Germany. Their average lifespan is 12 to 15 years, although some Miniature Schnauzers have lived over 20 years.

Miniature Schnauzers are between 11 to 15 inches tall and weigh between 10 to 15 pounds; males grow a little larger than females and weigh between 11 to 18 pounds. They come in a combination of black, silver, and white fur. They are very recognizable by their bushy eyebrows and 'beards,' which are patches of long hair below the snout. The beard was sometimes braided in the 19th and 20th centuries when Miniature Schnauzers were still predominantly working dogs, as it offered some protection when hunting rats. 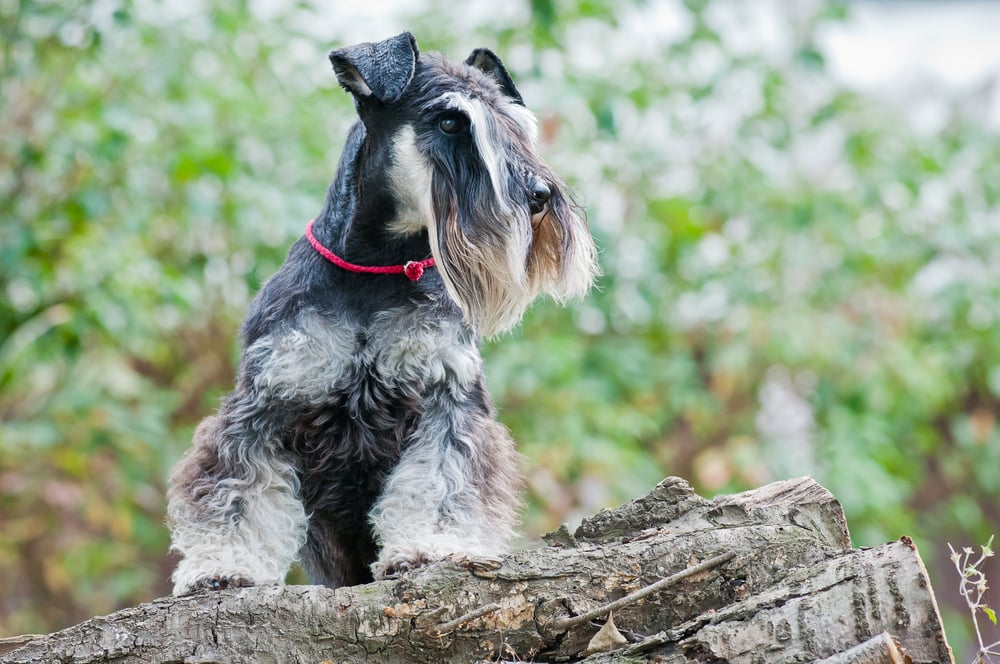