Collard greens have earned a long-held reputation as a diet staple of the American South. In fact, this leafy, nutritious food from the broccoli and cabbage family is the official state vegetable of South Carolina. Considered a superfood, there are records of people eating collard greens dating back to the time of the Greeks and Romans. However, enslaved Africans in America are credited with creating cooking methods and African-inspired dishes that have lasted over generations. In addition to being tasty, there are many health benefits of collard greens.

People often don't consider how their environments and daily habits can damage their bodies over time. Symptoms don’t always show outside the body. However, processed foods, pharmaceuticals, and pollutants constantly wreak havoc on the body. Collard greens help counter some of this damage by reversing the effects on your internal systems. They contain natural sulfur compounds called glucosinolates, which clean the liver, eliminating toxins from the cells and eventually from the body. Additionally, collard greens protect your DNA from harmful chemicals and free radicals. They activate detoxifying enzymes already present in the body. In addition to being less expensive than most other cruciferous vegetables, including kale, collards have proven to be one of the most effective antioxidant foods. In a study on vegetable intake in the southeastern United States, collard greens ranked fourth behind sweet potatoes, mustard greens, and kale. 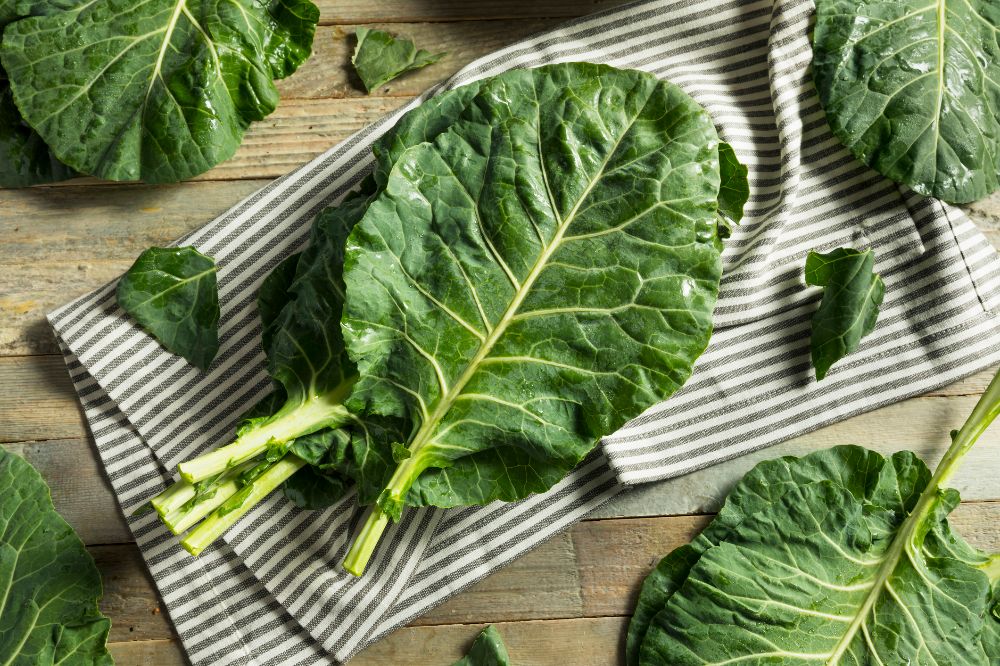