Kombucha is an ancient Chinese tea, known as the Elixir of Immortal Health. It has grown in popularity in many Western countries because it has all of the health benefits of tea, but may contain even more antioxidants and probiotics, making it a super drink in the most natural way. Beginning with black tea and sugar, bacteria and yeast ferment the tea into a tangy, sometimes fizzy, broth while leaving a rubbery top, which is the yeast and bacteria colony. Known as a "scoby," it can be used to begin another batch of kombucha. Here are just some of kombucha's benefits.

When you detox your body, you are often flushing the liver, pancreas, and kidney. Cleansing these major organs helps them function well and efficiently. Glucaric acid is one of kombucha's main features, and it's this acid that performs natural detoxification of the liver. Cleansing the gut is also important for the growth of good gut flora, and drinking kombucha can quicken the process of ingestion and breakdown of food in the system. 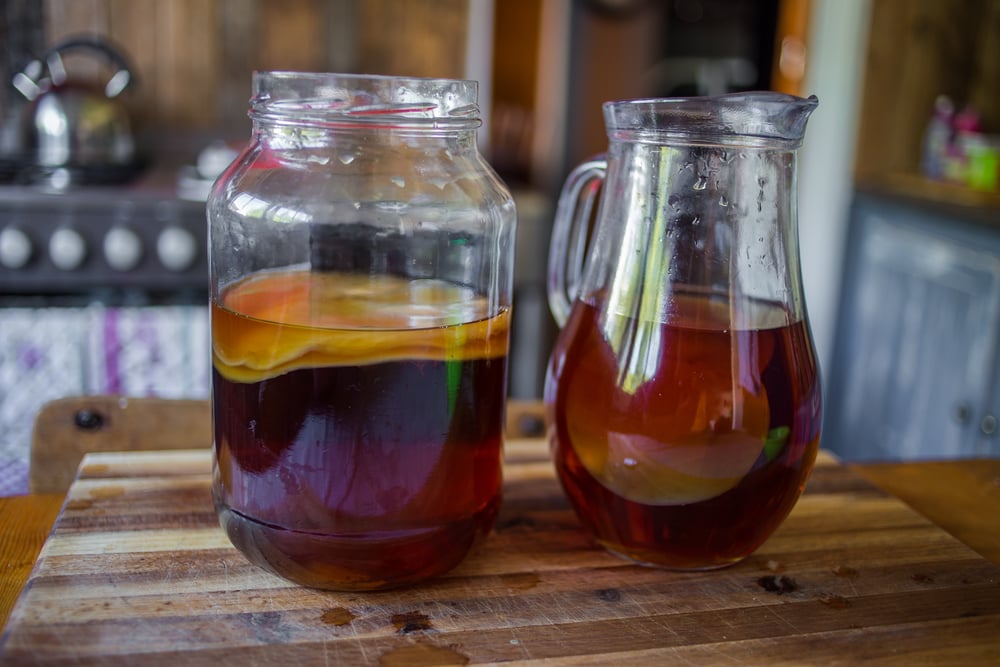