Your Baby's Development at 18 Months

A child’s first few years of life are a flurry of growth and development. By the time they reach 18 months, parents and caretakers are seeing new behaviors and skills that are more toddler-like. Each child learns and develops new skills at their own pace, however. Developmental milestones like walking, talking, and social interactions are an easy way to gauge physical and cognitive growth, but these "milestones" are only approximations.

The rapid growth spurts and weight gains in the first 12 months of life become slower and steadier by the time a child reaches 18 months. Most parents also notice a drop in appetite around this age. Children develop leaner frames and their chubby cheeks start to slim, revealing a "young child" instead of a baby. The first molars appear, and in some children, so do the canine or eye teeth. 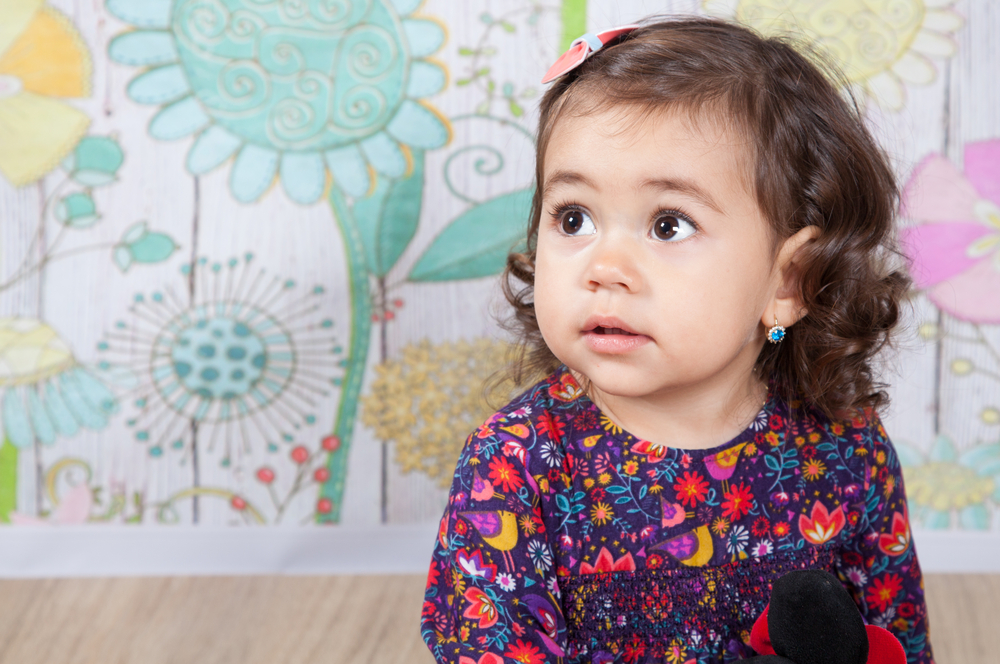 Many eighteen-month-olds can stand from a crawling position by this age and walk by themselves. Others can even run and walk up steps. Although a toddler's frequent falls can worry parents, they're a normal part of motor development.

Because the child is developing hand movements that include the finger and wrist, they can usually hold a cup, hold and eat with a spoon, and take off simple articles of clothing like gloves and hats. 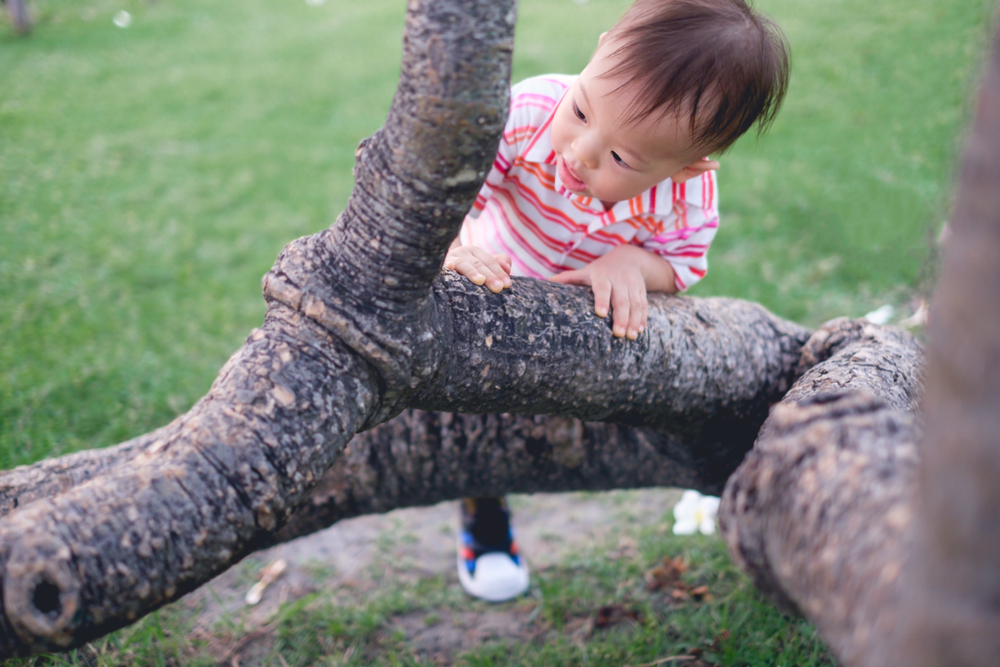 At eighteen months of age, a child understands ten times more words, phrases, and sentences than they can communicate themselves. Following simple commands, stringing several words together, and pointing at something that they want are typical developments. Many children quickly learn the names of favorite toys and household objects and the names of people in their social circle. It is not unusual for a child to create their own words or jargon at this age, substituting made-up words for those they cannot express. 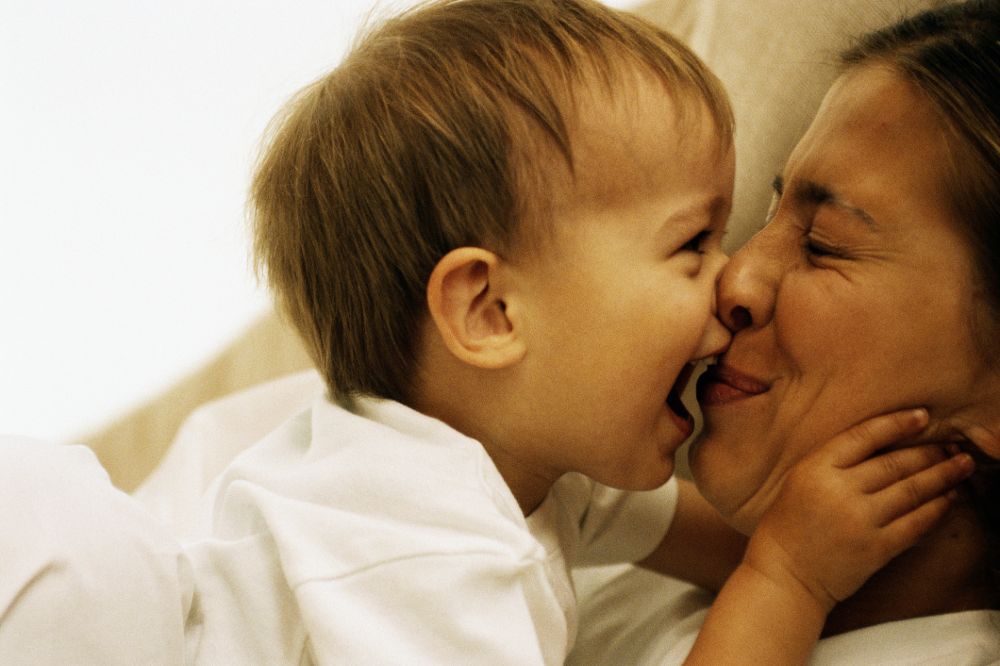 Showing affection for people they are familiar with is an emotional development step that happens around 18 months. Children often cling to their caregivers in new surroundings or unfamiliar situations at this age. They learn to show affection, express their feelings verbally, and throw tantrums to express frustration or anger. Other new behaviors can include laughing in response to something someone has said or done and showing off for parents. 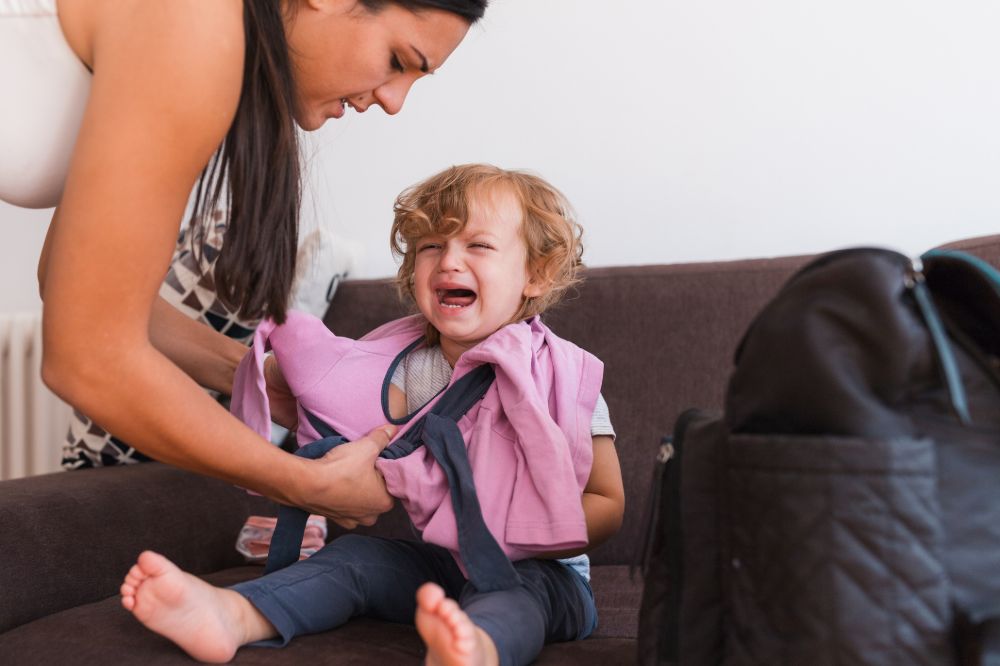 Parents may notice that their 18-month old is suddenly showing separation anxiety. Most children at this age are also curious about their surroundings but never stray too far from a caregiver or parent. Stranger anxiety is common. Although they will play alongside other children, most children do not yet play directly with others at one and a half. Some children start engaging in pretend play around this age. 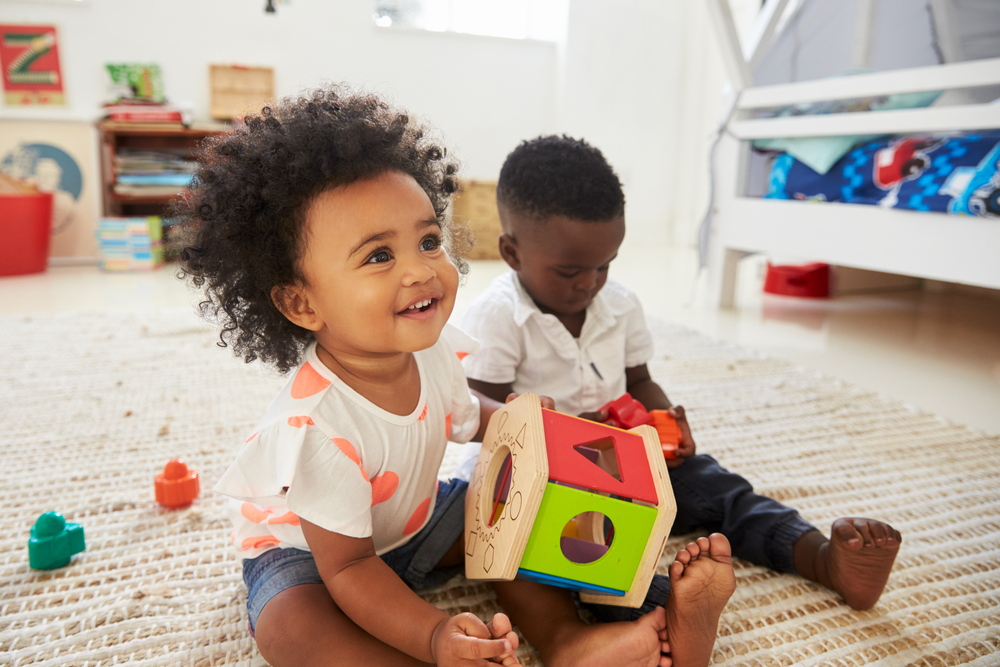 Problem-solving, learning, and thinking skills are continuing to develop and advance at 18 months of age. Children may “draw” or scribble on paper and can usually point to and identify body parts. As they transition into toddler age, they are learning names for everyday objects such as toothbrushes, blankets, and telephones and how to use these items. Some children can put together small puzzles. Others can turn the pages of a book, although it is usually two or more pages at a time. 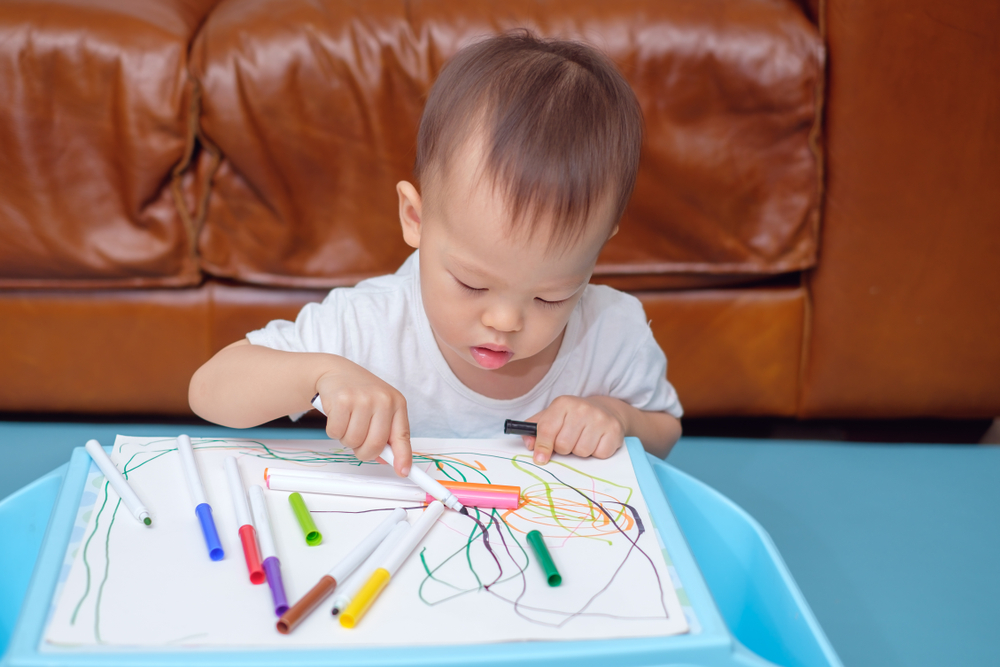 An important part of development for an 18-month-old is the ability to mirror the actions and sounds of others. Early attempts at a younger age likely include facial expressions during interactions or clapping their hands after seeing someone else clap. Now, the child is experimenting with multi-step actions. Children may mimic sweeping a floor, rocking a baby to sleep, or talking on a phone. 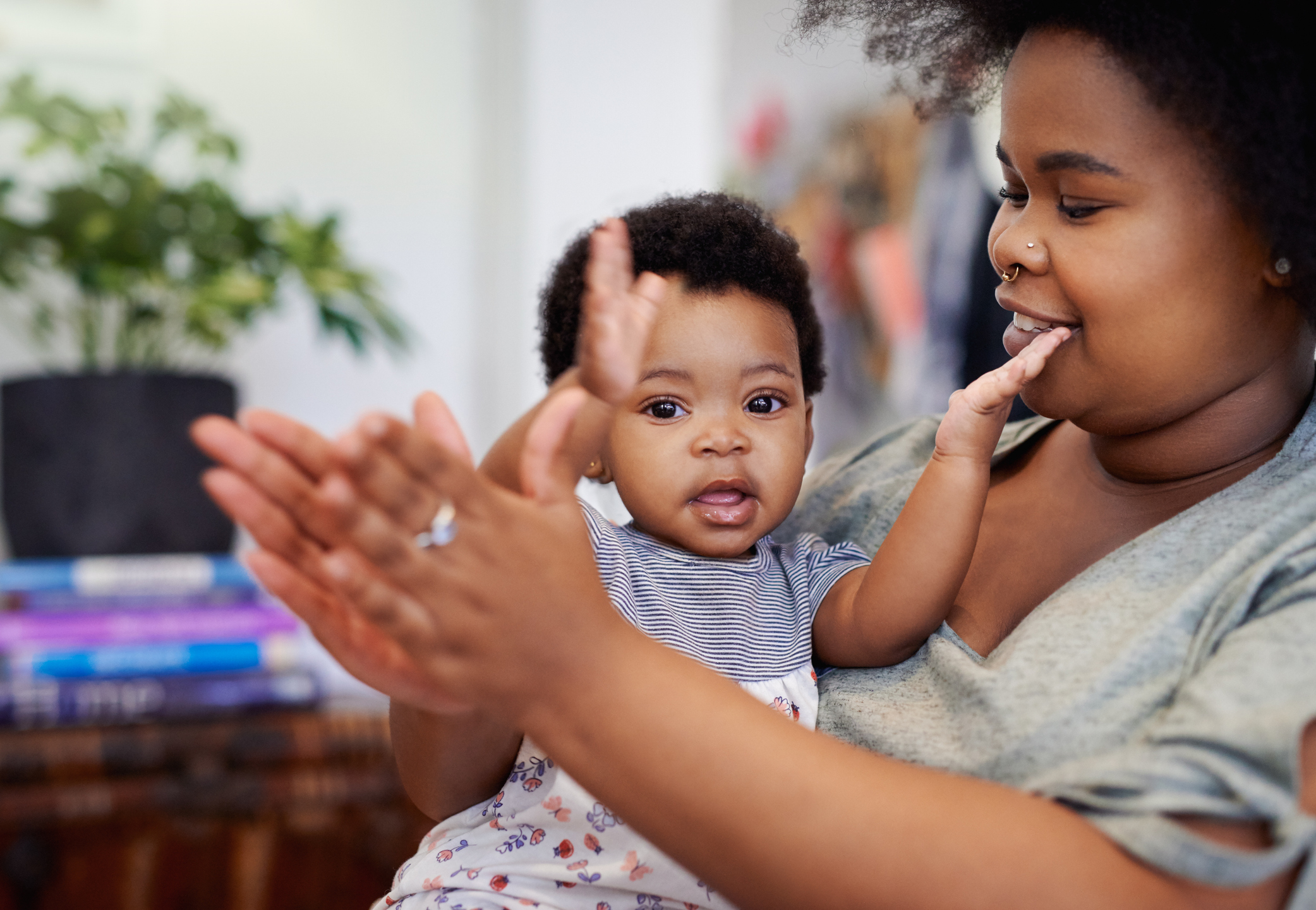 If a child was born more than three weeks early, they are a preterm baby. Although all children develop at their own rate, the developmental timeline for these babies is different and could require some adjusted expectations. An adjusted age for a premature baby's development is the chronological age minus the number of weeks or months they were born early. Researchers found that they catch up with toddlers of the same chronological age by the time they reach the adjusted age of two. 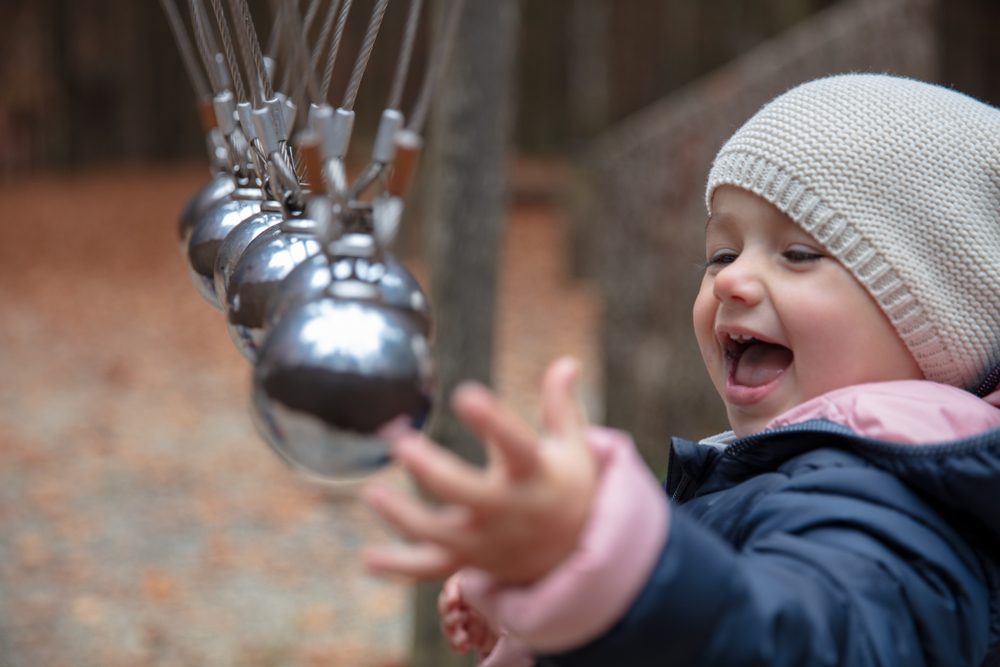 Developmental Issues to Watch For

Although many children take their first steps around 12 months, research shows that some do not start walking until they are between 16 and 18 months old. This is not unusual, but if a child is not walking by 20 months of age, parents should seek a medical evaluation. Other warning signs of developmental issues for an 18-month-old include: 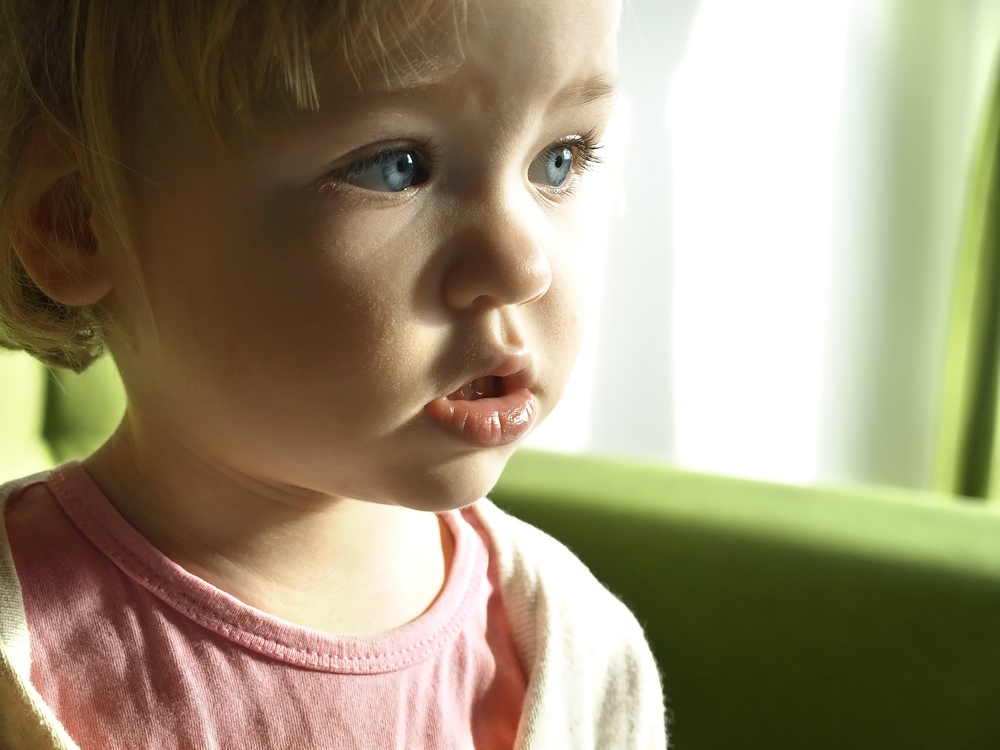 Studies show that there is considerable variance in developmental milestones. Children who walk or talk later than their peers are just as capable by the time they reach school age as toddlers who started walking or talking “early.” Child behavior experts caution parents against adhering to milestone charts too closely or comparing their child to others based on age alone. That being said, if a parent feels their child is not meeting the 18-month milestones, they should consult their pediatrician. 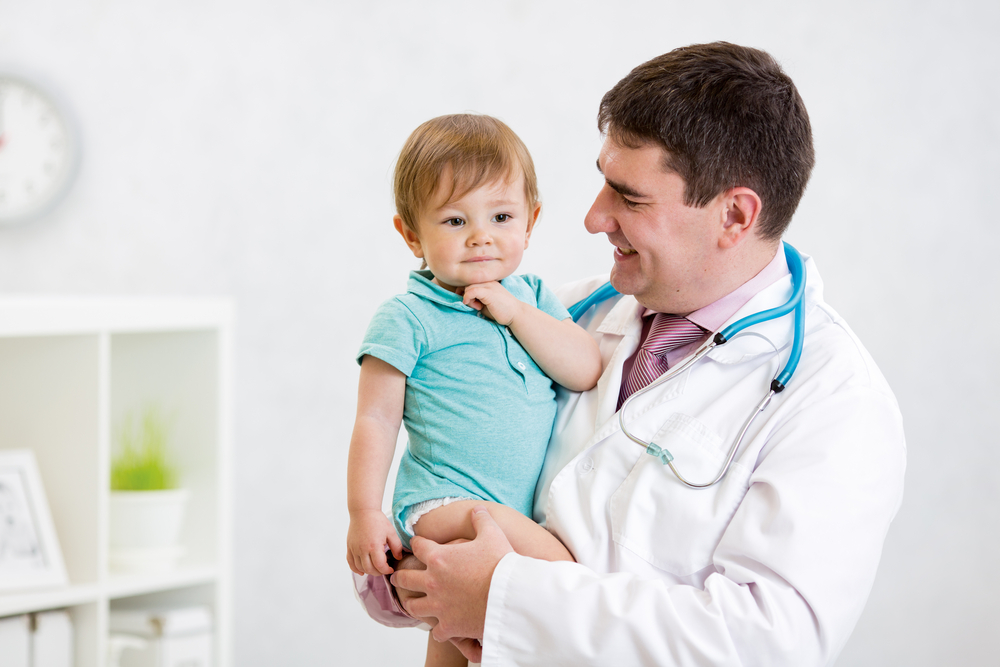