When Do Babies Start Teething and Other Questions

Teething is a natural process that marks the emergence of an infant's first set of teeth. At the time of birth, these teeth, also known as deciduous teeth or milk teeth, lie just below the gums. Teething refers to the time just before and during the period when these teeth break through the skin. The process can be discomforting for infants. It’s not uncommon for babies to feel irritable during the day and unable to sleep well at night. Understanding the process and learning how to soothe teething infants cope help parents cope more easily with this milestone.

When Do Babies Start Teething?

Most babies begin teething between the age of six and ten months. Some babies exhibit their first tooth as early as three months of age, but this is quite rare, as is teething beyond the first year. It typically takes a couple of years for all the "baby" teeth to come in, with all established by the age of three. 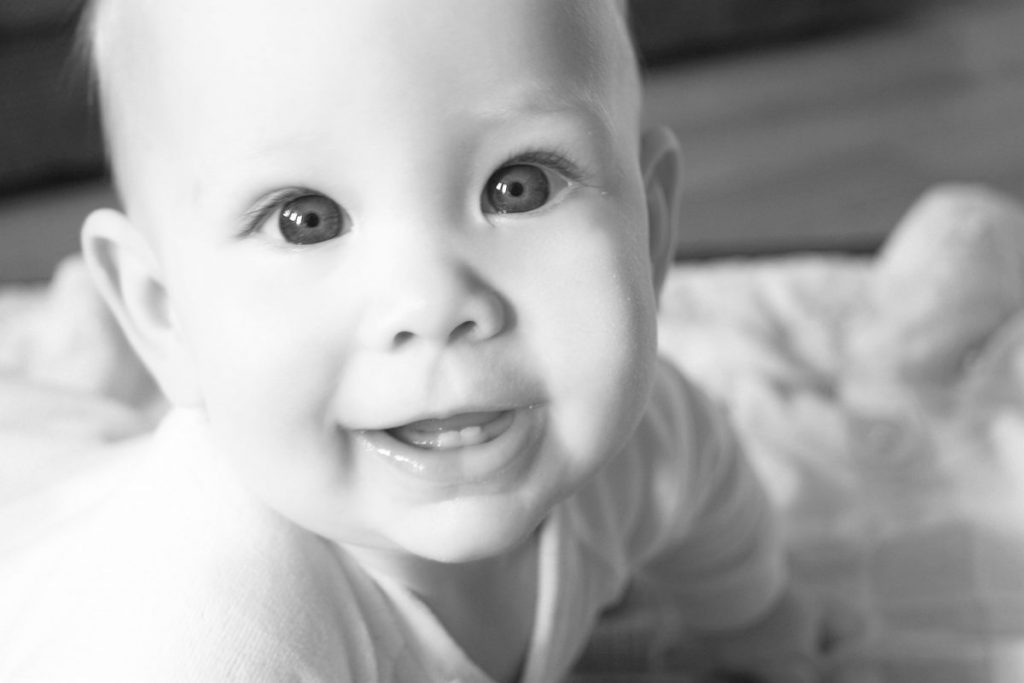 Why Do People Call It “Cutting Teeth?”

Many people refer to teething as “cutting teeth,” which may be a reference to the discomfort many babies feel when their teeth emerge, but also comes from the ancient medical practice of cutting the gums of infants to "help" the teeth break through. Rest assured, baby teeth do not actually “cut” through the gums, which would be painful, indeed. Instead, the body produces hormones that cause cells of the gums to die and then separate. This allows the teeth to grow through without breaking the skin. The process may be more painful for some infants than others, but there is no cutting involved. 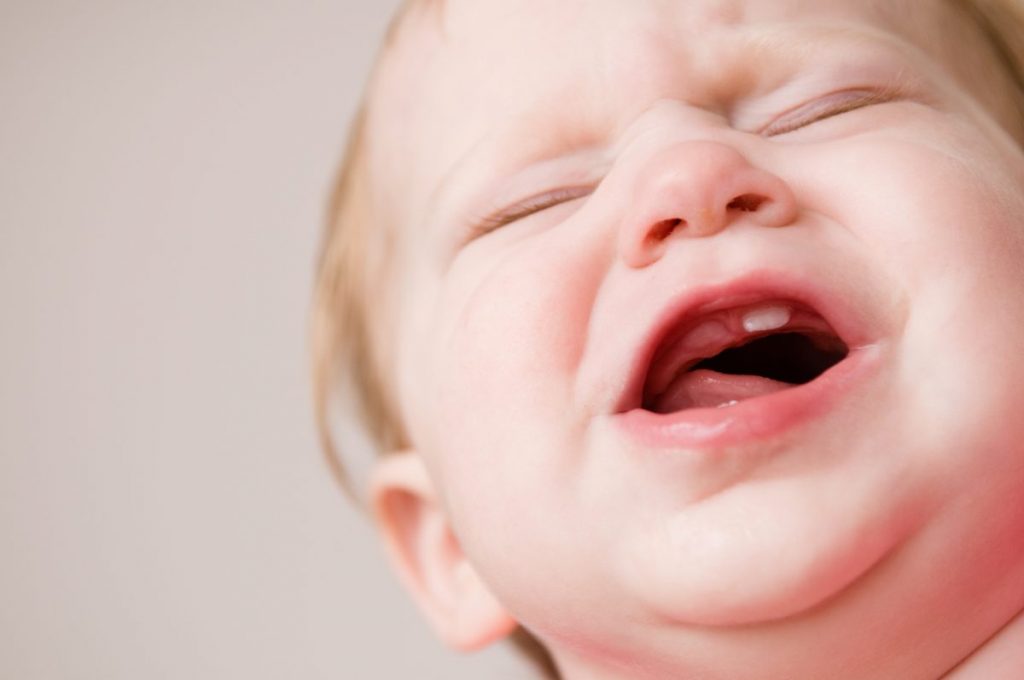 Does Teething Cause Fevers?

At the start of teething, infants may experience a slightly elevated temperature, but the event does not cause the temperature to rise into fever range. It’s a common misconception that teething causes symptoms like fever and diarrhea. If your infant experiences a fever or has diarrhea, the cause is generally viral in nature. Infections are not uncommon with infants of teething age and they frequently occur when children teethe but are not associated with the teething process. 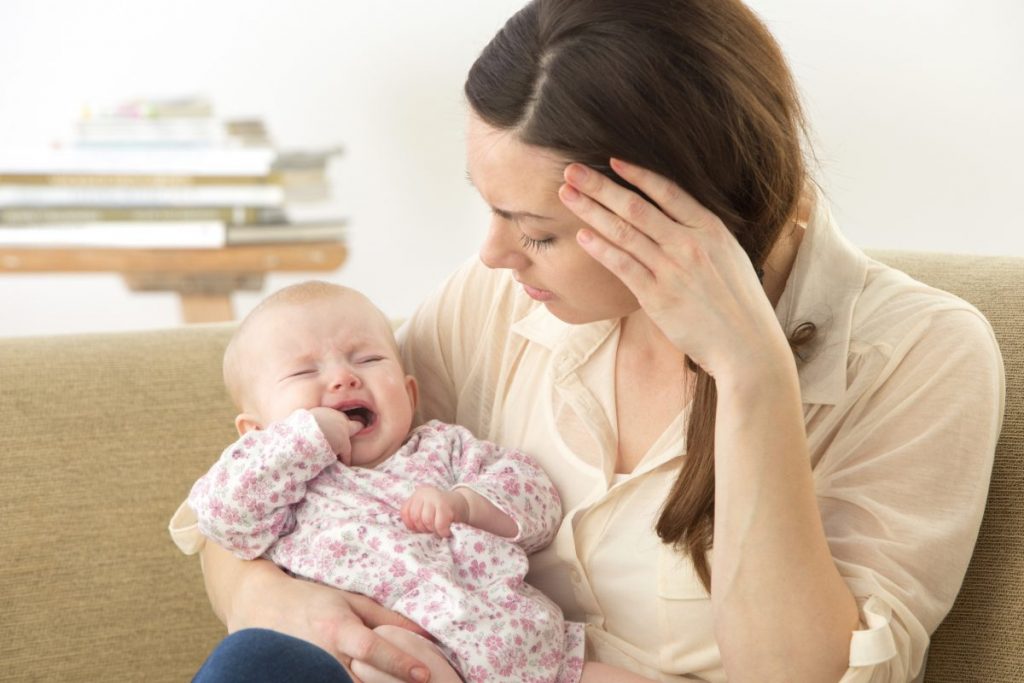 What Are the Signs and Symptoms of Teething?

The most common signs that the teething process has begun are drooling and fussiness. Infants often feel discomfort that results in increased crying or sulkiness. Some infants will rub their face or pull on their ear when they are teething. Other symptoms include reduced sleep, swollen gums, redness of the cheeks or chin, and an increase in biting or sucking behaviors. If your child begins to suck on their fingers or toys with greater frequency, they may have entered the teething phase. Sometimes infants will reject their food when their teeth start to emerge. 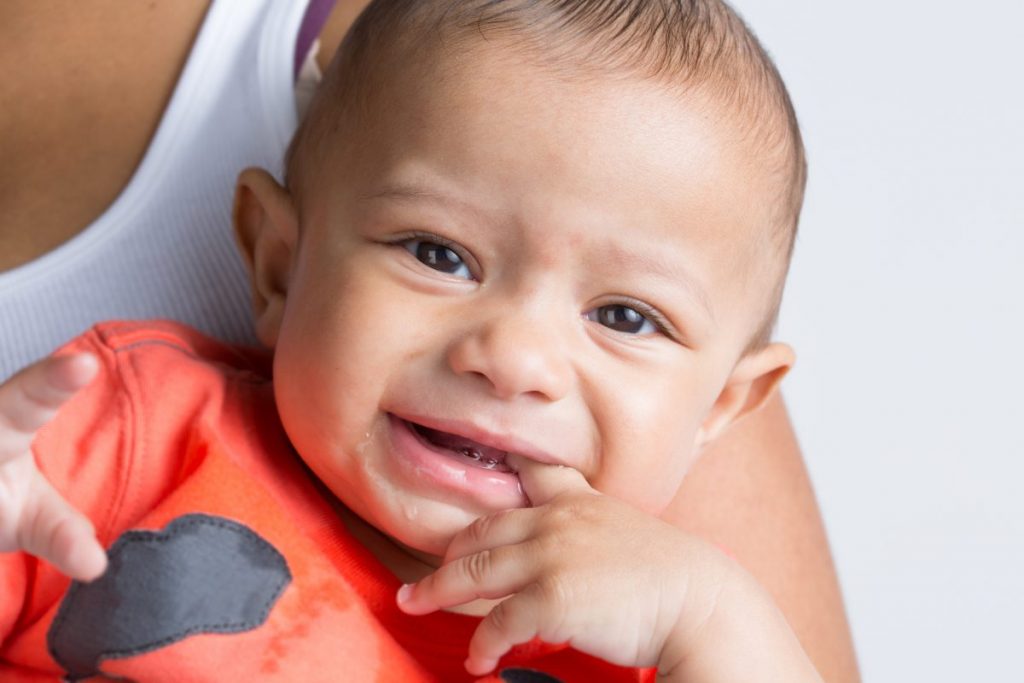 Why Do Infants Seem More Troubled by Teething at Night?

Children can feel bothered by teething during the day or the night. However, because there are fewer things to distract them from this discomfort at night, the teething may appear to be worse. It may also seem worse to parents who lose sleep while trying to comfort a crying infant. 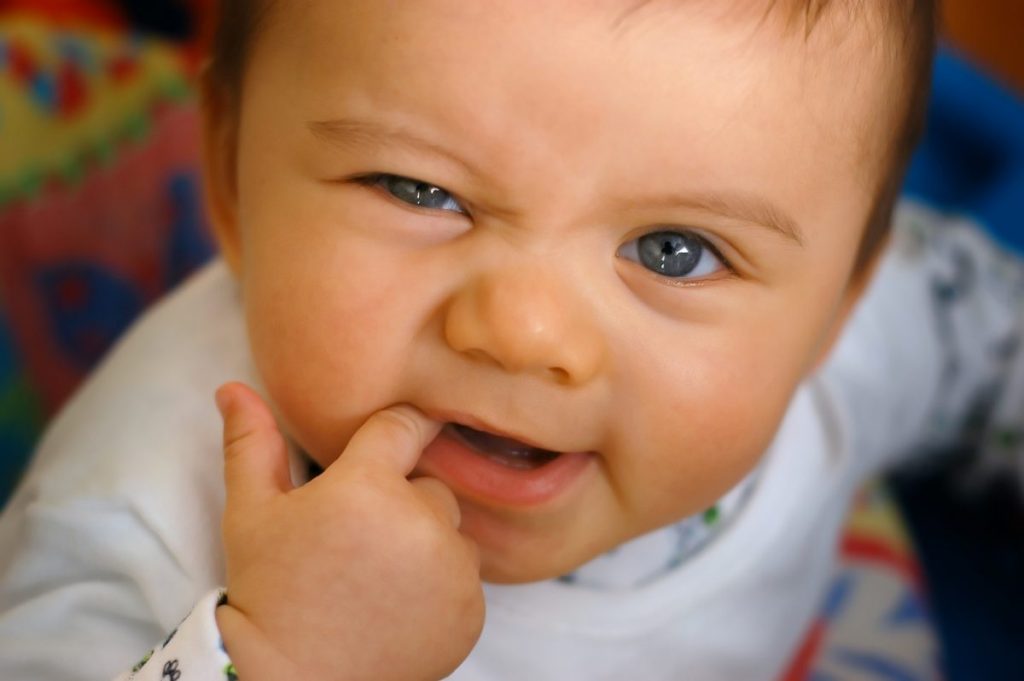 What Are Common Remedies for Teething Discomfort?

Toys such as a teething ring may help alleviate the discomfort. A teething ring can soothe aching gums, but before offering your infant a toy, consider what it is made of and how easy it is to wash. Toys that are specifically designed for teething are widely available. Rubbing the gums with a cold, wet washcloth can also help soothe discomfort. 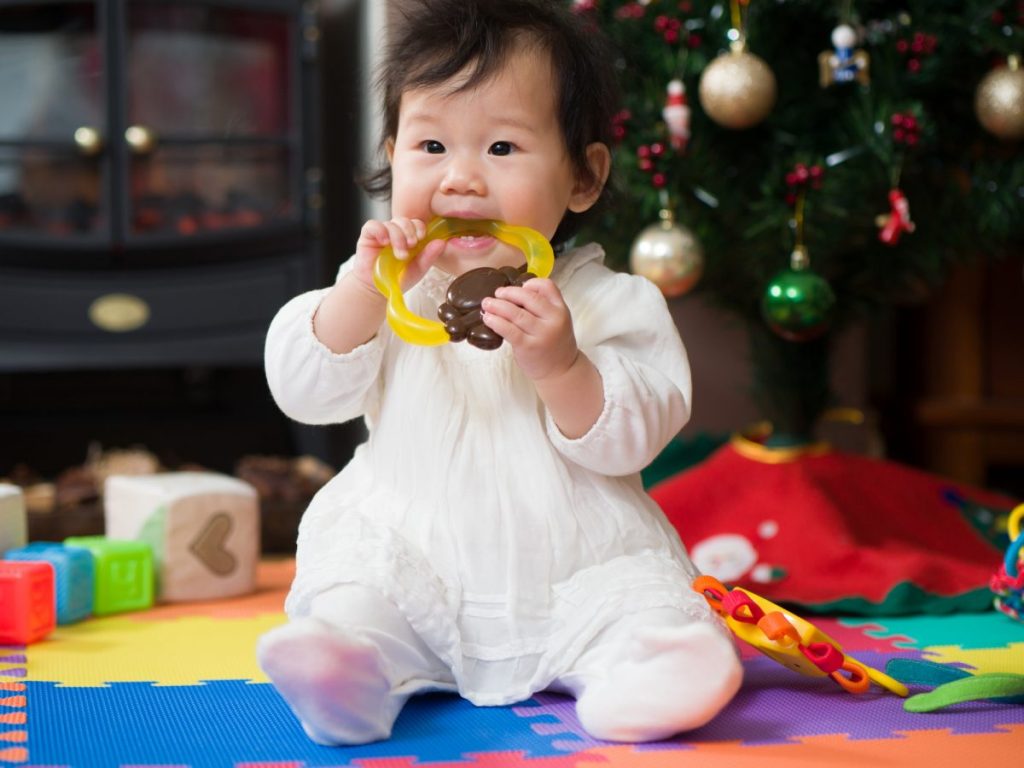 If teething toys or remedies don't soothe the infant’s discomfort, a pediatrician may prescribe safe medications, though many doctors advise against using medications for pain prior to six months. Moreover, most doctors express concern about relying on these medications with any regularity. Excessive pain and irritability may have a cause other than teething and require a visit to your pediatrician. 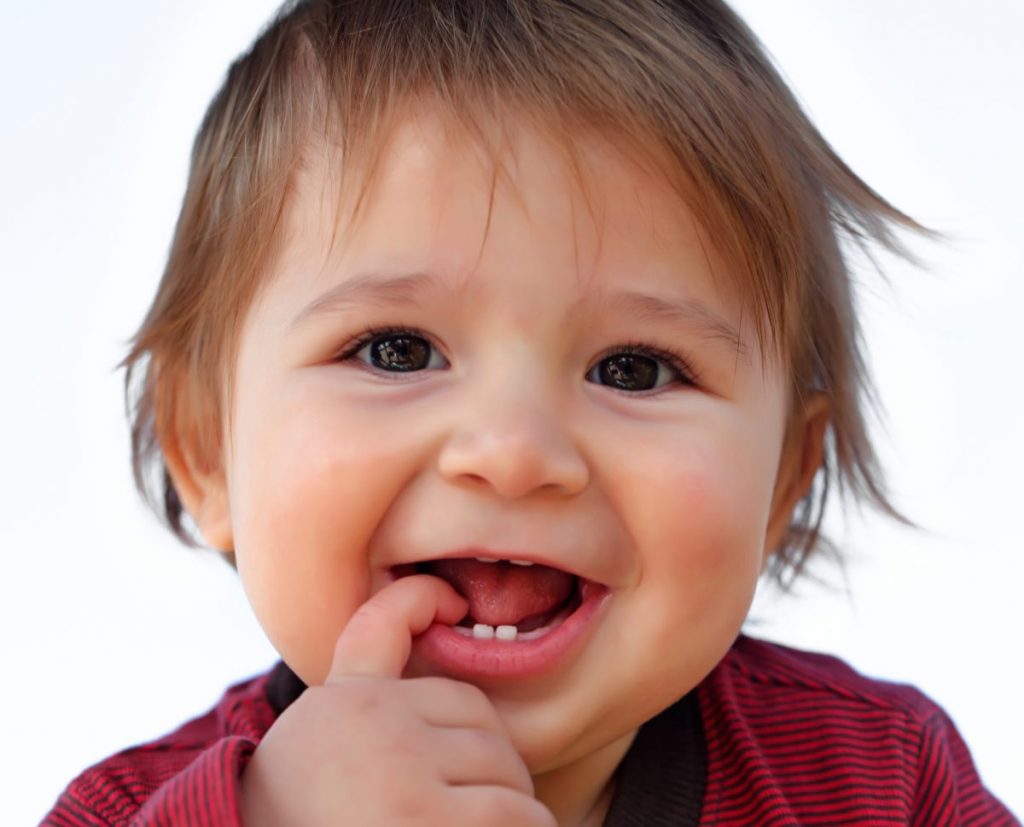 Are There Complications Associated with Teething?

Historically, infants suffered higher mortality rates than they do today, and doctors believed teething was a cause of infant death. However, it only causes discomfort. More often, it was the teething remedies that led to complications for infants: historic treatment powders contained unsafe materials like lead and mercury. Remedies like lancing the gums led to infection. If you are concerned about your child’s teething, be sure to visit your pediatrician before trying any home remedies that could be unsafe. 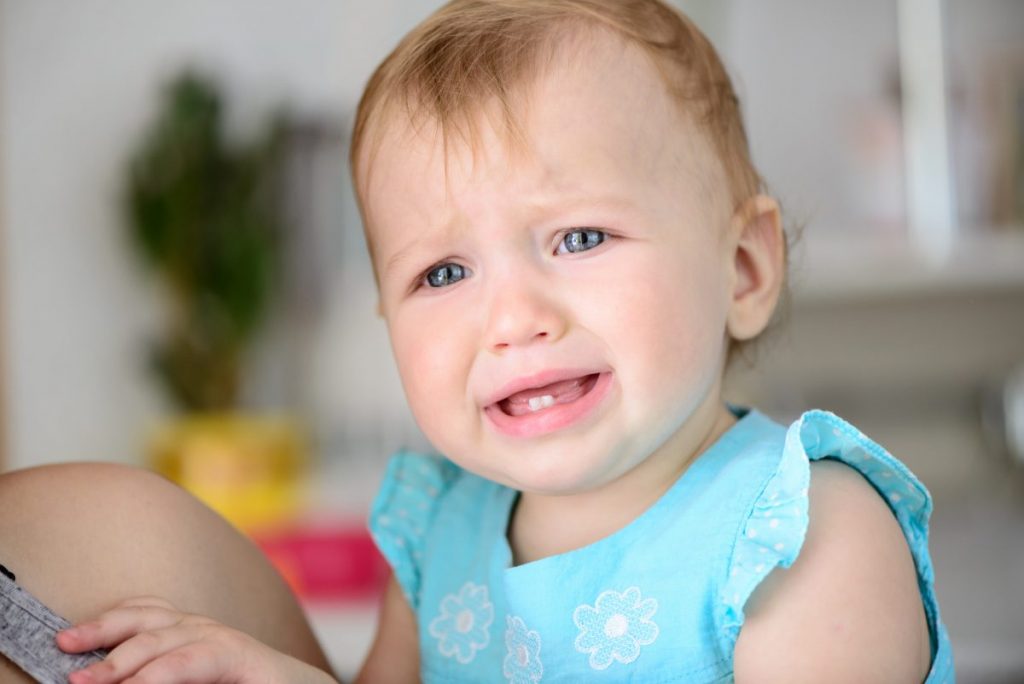 When Does the Teething Period End?

Most infants will get all of their first teeth in by the time they are two or three years old. These teeth will emerge periodically. Usually, the first teeth to emerge are the lower and upper central incisors. The last milk teeth to emerge—around age two or three—are the second molars. As the child gets older, he or she may be better able to deal with the sensation of teething and may, therefore, be less affected. 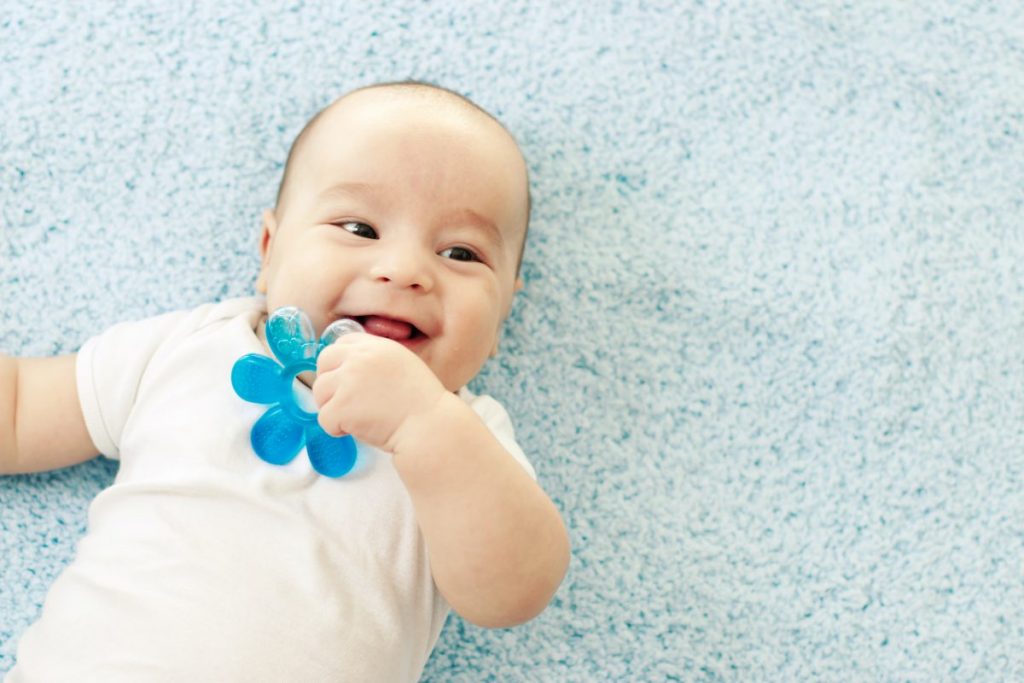 How Do I Take Care of My Baby’s New Teeth?

Dentists recommend that parents begin to care for new teeth as soon as they emerge. Although they recommend against fluoride toothpaste, parents can gently brush the teeth with water to prevent tooth decay, which can begin at any age. Also, cleaning your infant’s teeth will get them used to routine dental care. Many pediatricians recommend that infants see a dentist for the first time around the age of two. 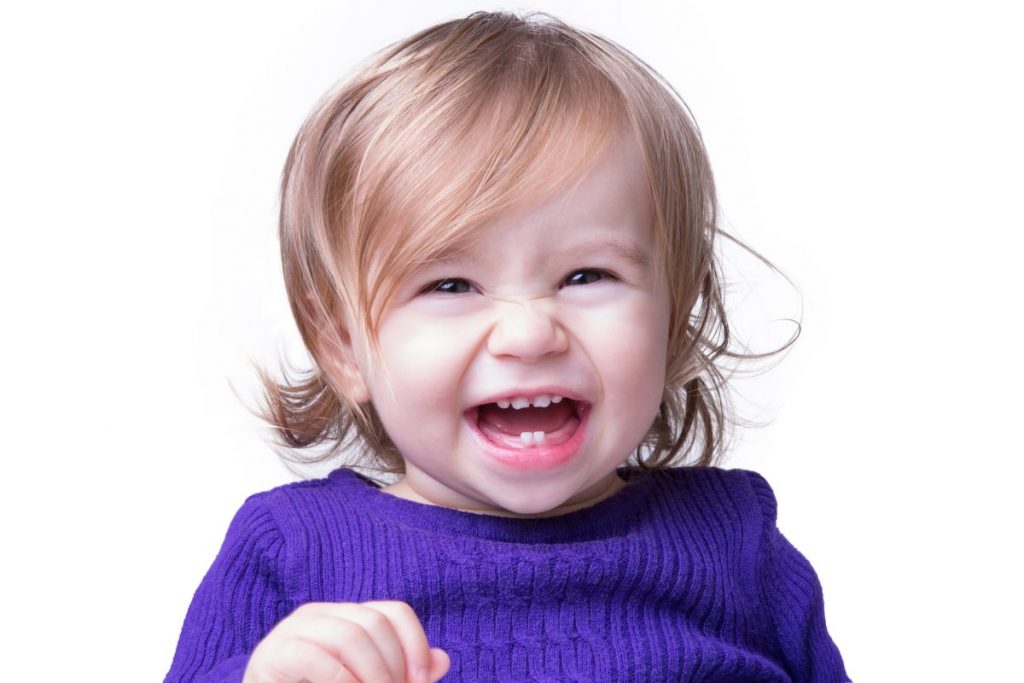