At six months old, the newborn days are over. Every day, your six-month-old infant is becoming more aware of the world around them, and changes in their mental, physical, and emotional development happen fast.

With developmental milestones, it's important to understand that every child develops and learns at their own pace. Ultimately, this is a time of exploration. Cultivate your child's curiosity to continuously encourage their growth.

A six-month-old will usually respond to sounds and their name. They may have also begun to babble, stringing vowels together. Some infants will repeat consonant sounds to facilitate the beginning of their language skills. You will likely also be able to tell when they're content or upset by their reactions. They may begin to form one-syllable words such as da-da. 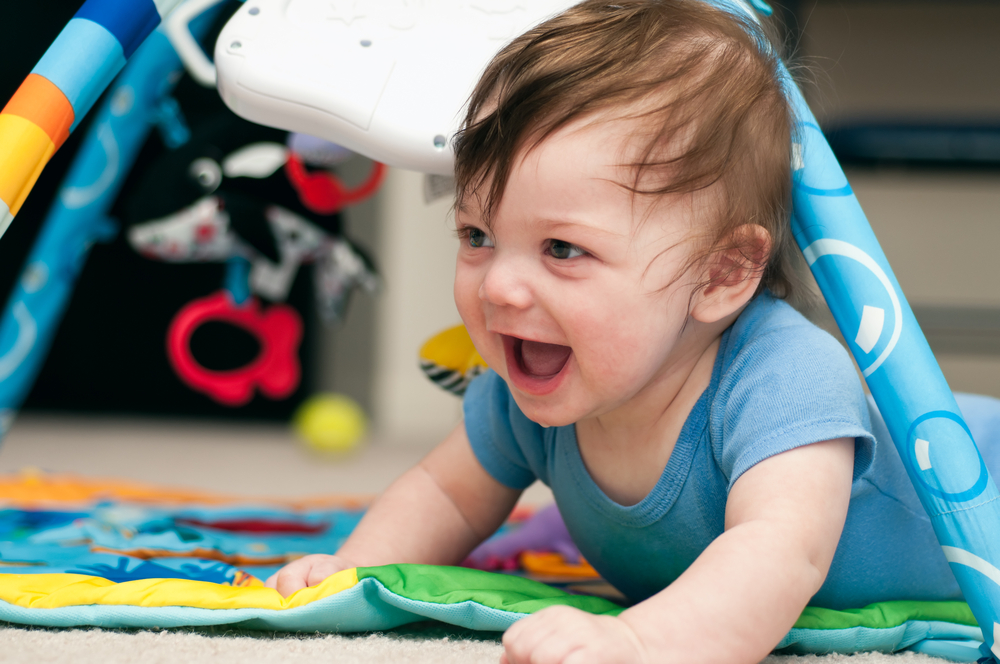 In terms of social skills, your child can probably determine if someone is familiar to them or they are a stranger. Many six-month-olds love playing peek-a-boo, especially in front of a mirror. They love to look at people, especially their parents or other family members. Generally, your infant will be very playful with others. 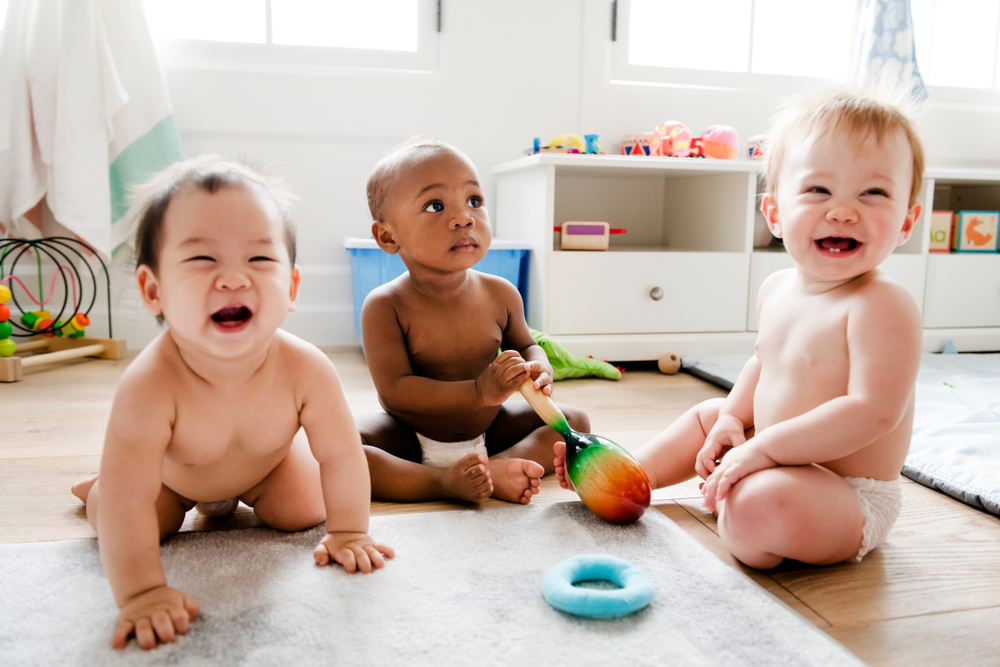 Learn how your infant is connecting with those around them by watching for emotional responses. Most infants are happy, especially when interacting with those they know. Your child will likely respond to the emotions around them, meaning if you're happy, they are. This also shows that they are becoming more aware of what's going on around them. 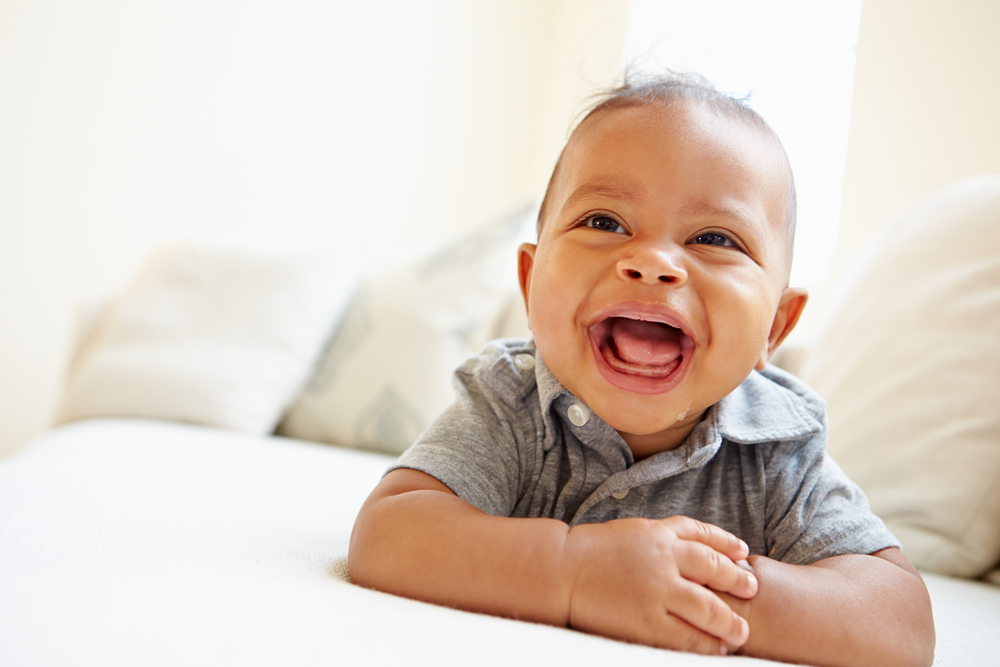 Cognitive developmental milestones show you how your child's brain is developing and how they think, learn, and explore. Your infant may begin to imitate actions or sounds made around them. They also will enjoy hearing their own voice. This is an age at which most children begin to realize if an object near them was taken from them. Their hearing continues to grow stronger, and they can start picking up sounds further away. 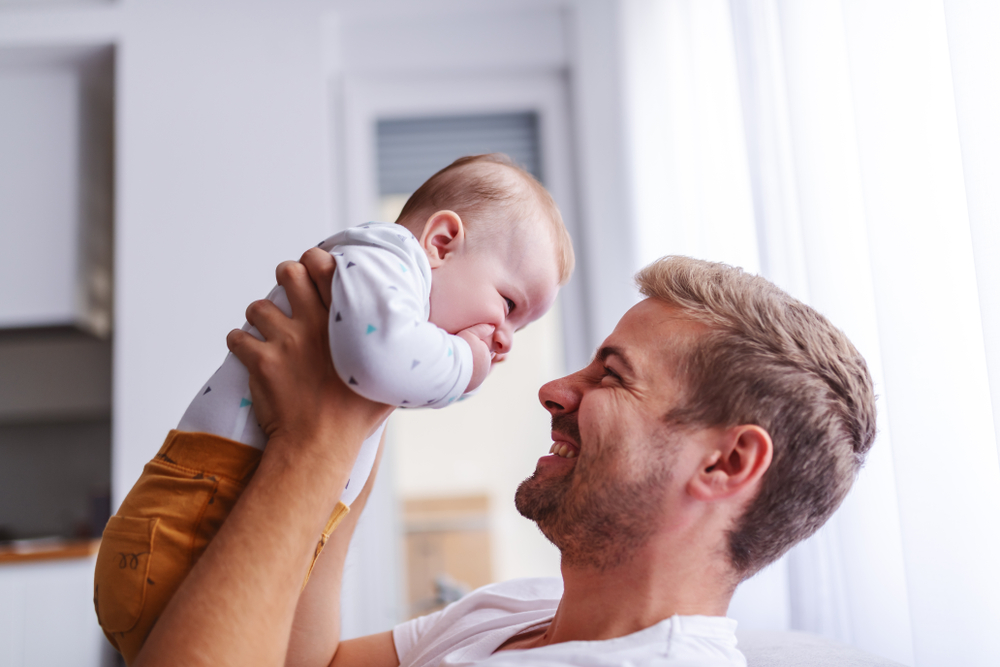 At six months, your baby will probably be kicking or wiggling their arms and legs more. They may begin to rock on their stomach, and some infants even can roll over. As their muscles continue to grow, they will also have more head control. Many six-month-olds can raise their head when they lying on their tummy. Some can even bear weight on their legs. Sitting on their own is another common six-month developmental milestone. Improving hand-eye coordination means your baby may grasp fingers or pick up a soft toy. 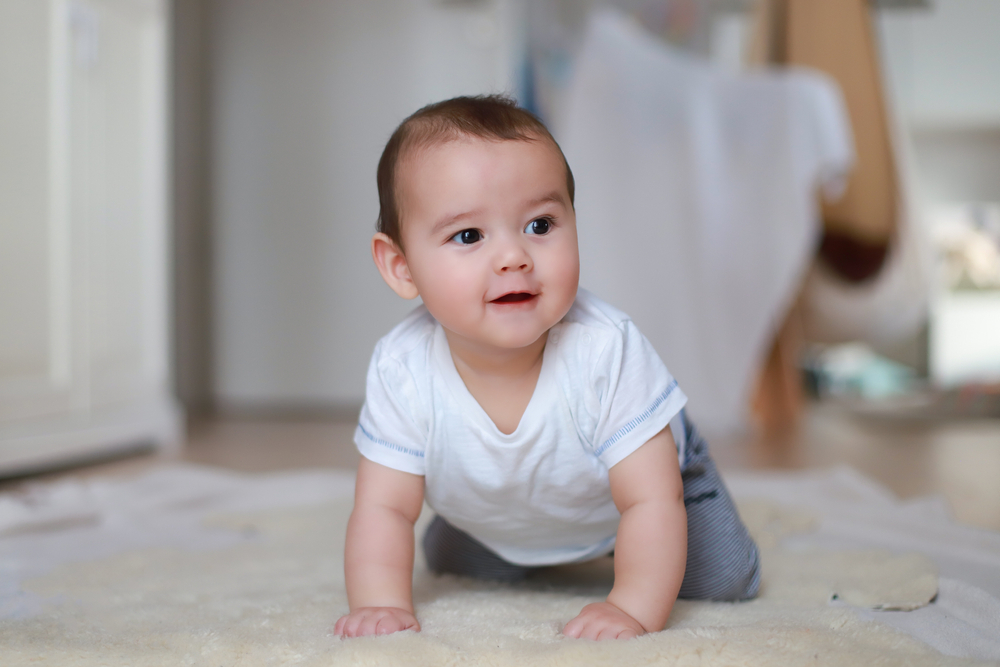 All babies grow at different rates, so there's no real milestone for your six-month-old to meet. Most infants are about double their birth weight at six months. They also grow an average of a half-inch to an inch monthly. Their head will continue to grow about a half-inch every month, too.

Usually, height and weight aren't a big concern unless your child begins to suddenly lose weight or stops growing altogether. If this happens, experts suggest you consult with your pediatrician for nutritional counseling. 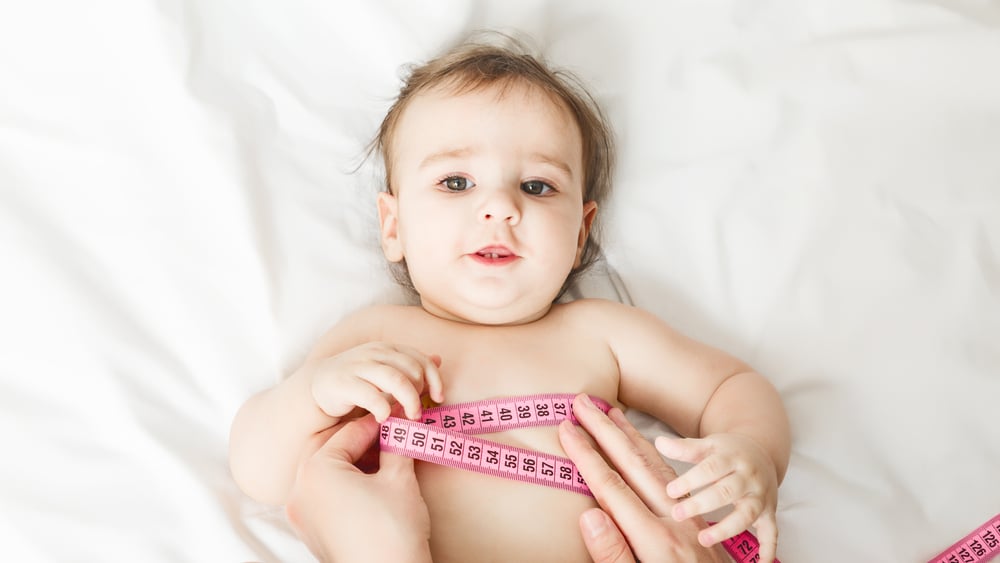 It's no secret that as your child grows, their brain does too. At six months, your infant will be looking at the objects around them and trying to grab those that aren't. Most children will pass things from one of their hands to the other and probably try to put everything in their mouth, too. Have conversations with your child about the objects around them. The more communicative you are, the better your child's brain grows and the better they learn. 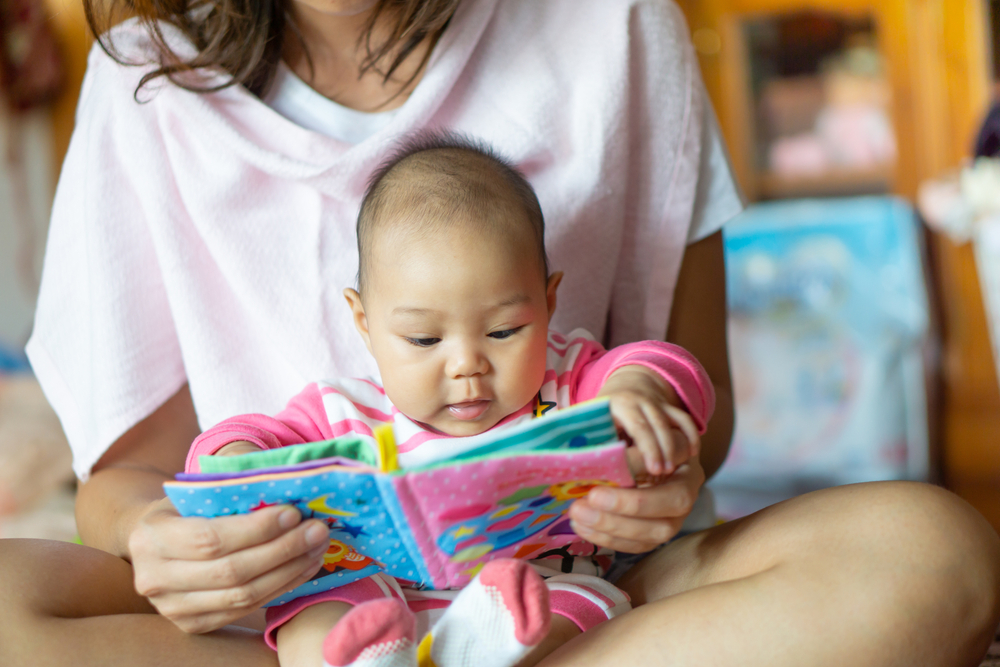 Developmental milestones for sleep are tricky and vary widely from child to child. Some babies will be sleeping through the night at six months, while others' sleep patterns may be worsening. Separation anxiety, teething, and developmental changes can all affect your child's sleep habits. Create a bedtime routine that helps your six-month-old self-soothe more effectively. 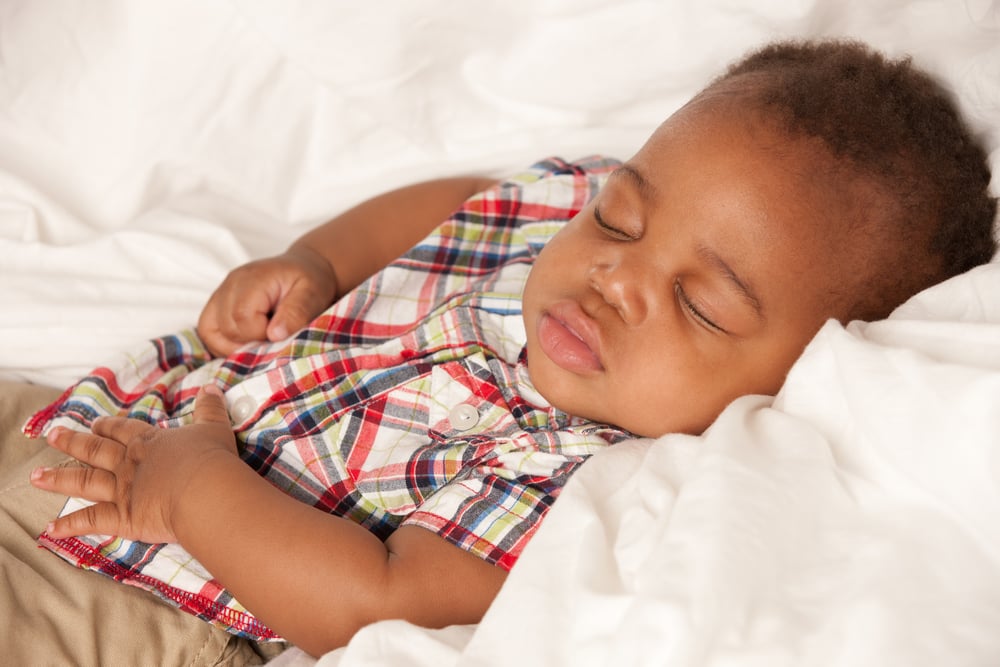 Your child will probably be showing more of an interest in food than ever before. Most six-month-olds will open their mouth when a spoon approaches. They also move food around in their mouth as they chew. At six months, single-ingredient food or cereals can generally be safely consumed.

To best determine any allergies, only introduce one new food at a time into your child's diet. Most doctors agree that feeding your infant a few mouthfuls several times a day along with their breast milk or formula is sufficient. 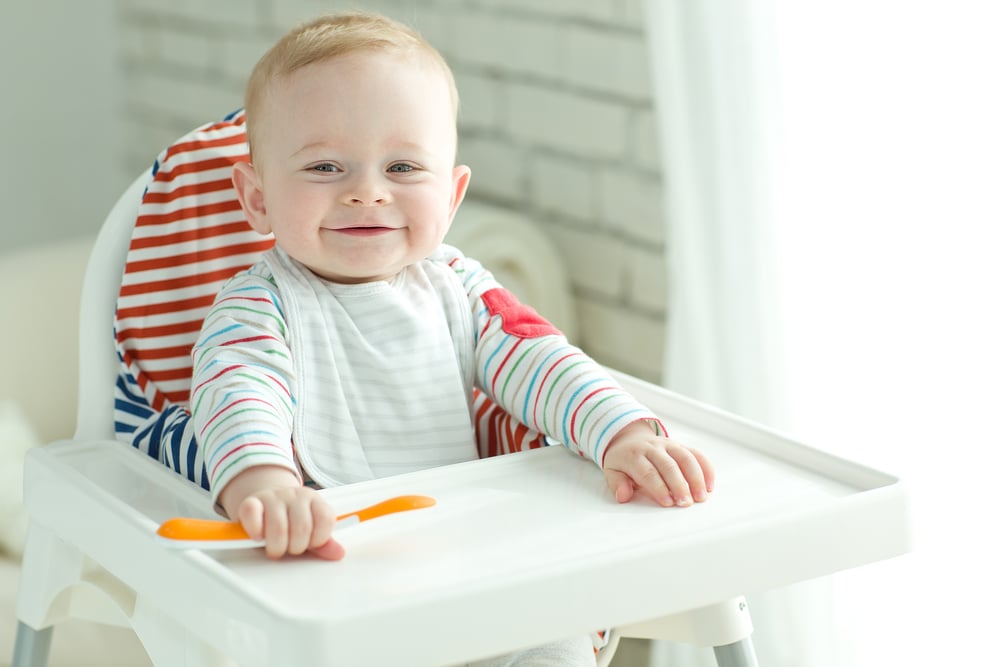 Things to Look Out For

While most children do grow at their own rate, some indicators warrant a trip to the pediatrician. Many children reach developmental milestones ahead of schedule and others lag a bit. This is entirely normal; however, signs that your child may require additional testing from a medical professional include

As a parent, it's important to trust your instincts. The earlier that a problem is detected, the sooner it can be treated. A pediatrician can evaluate your child and make professional recommendations, helping ensure a bright and healthy future for your baby. 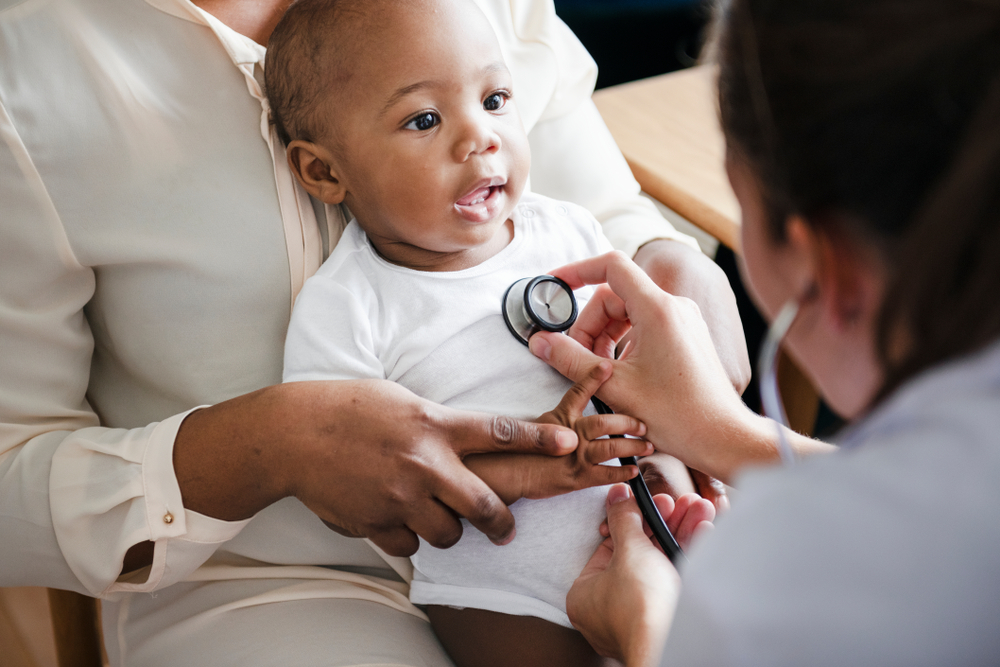