How To Effectively Encourage Baby-Led Weaning

Weaning is the process of transitioning an infant from a diet that consists only of breast milk or formula to one that includes solid foods. The practice has been linked to future eating behaviors, the development of food preferences, and body weight throughout adolescence and adulthood. Baby-led weaning — a method that encourages the child to be more active in the weaning process — has grown in popularity since it emerged in the early 2000s.

Baby-led weaning promotes self-feeding, as opposed to the conventional approach in which the parent spoon-feeds the infant. Infants sit with the family during mealtimes, and the parent offers food. The child chooses what and how much to eat and how quickly to eat it. Baby-led weaning turns babies into active, rather than passive, participants in the weaning process. 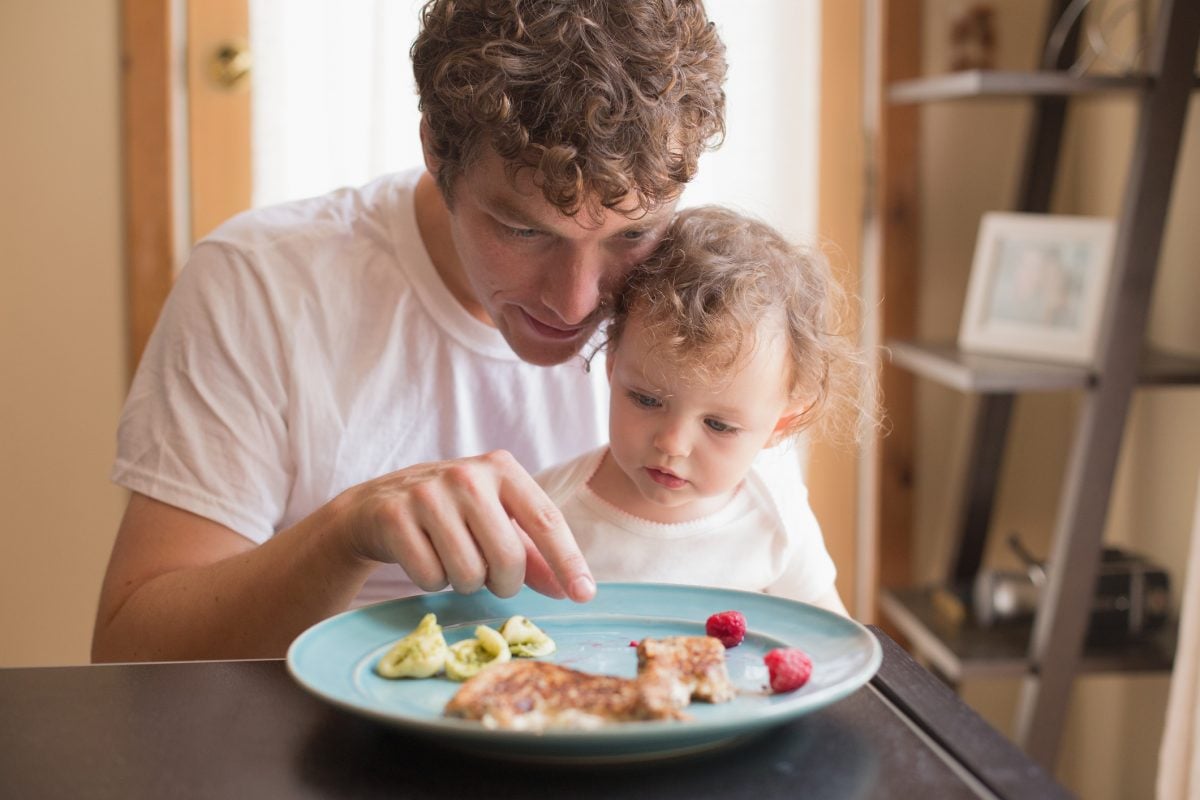 Traditional weaning uses pureed foods that are often a mix of several natural foods, so that the baby may not be able to tell them apart. In baby-led weaning, single foods are offered, which may provide children a better opportunity to figure out what foods they like and what satisfies them. 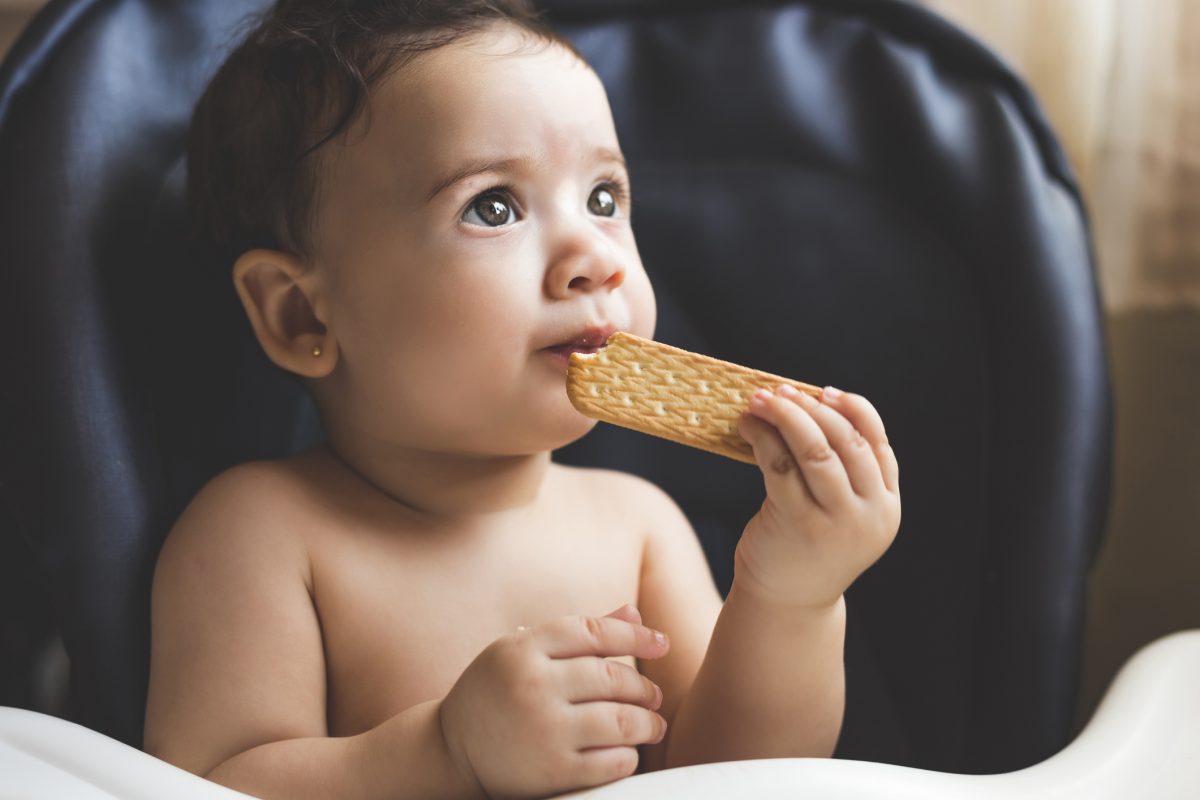 There are some risks to baby-led weaning. One study review showed that baby-led weaning results in children that were significantly underweight when compared to spoon-fed children. Although the two groups of children received the same amount of caloric energy, those participating in baby-led weaning appeared to eat more saturated fat than spoon-fed infants. 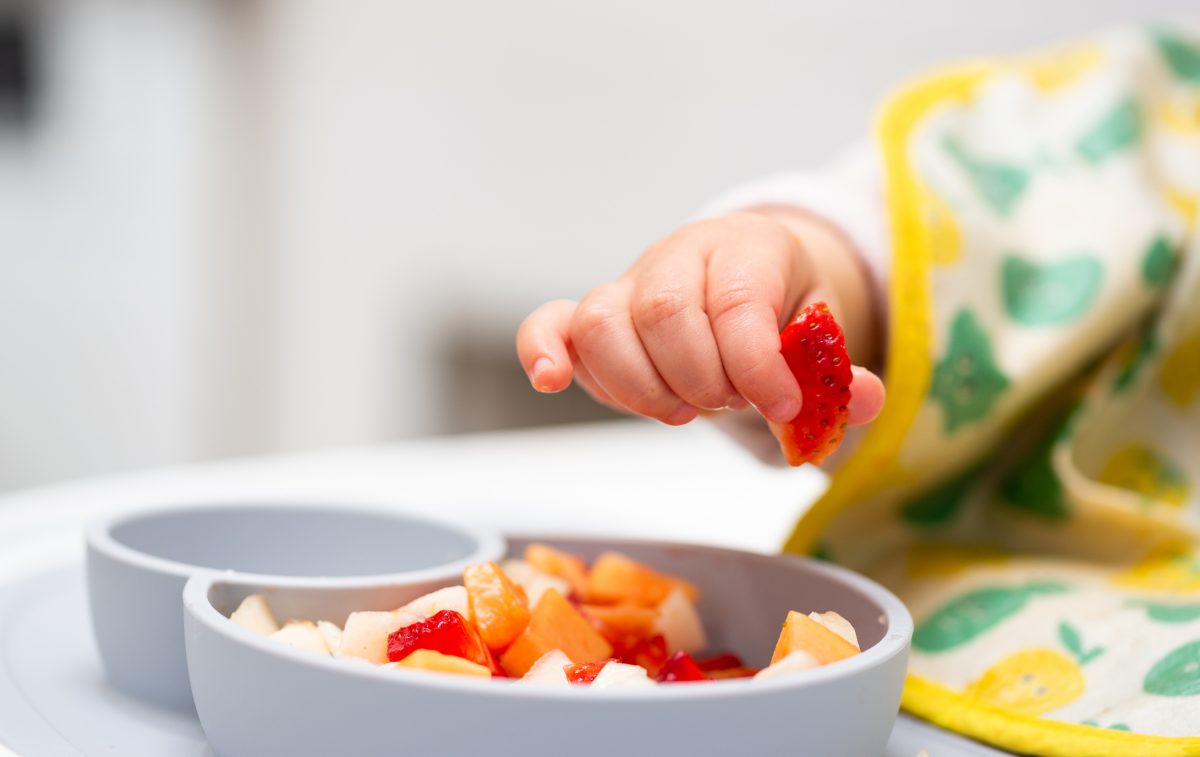 Research about diet quality, as it pertains to baby-led weaning, is unclear. One study found no differences in food preferences between infants who were weaned with the baby-led method and those who were spoon-fed, while another study demonstrated that baby-led weaning led children to prefer carbohydrates and traditional weaning to led them to prefer sweets. Baby-led weaning does lead to increased sodium intake as most commercial baby-foods and purees used in traditional weaning do not contain salt. 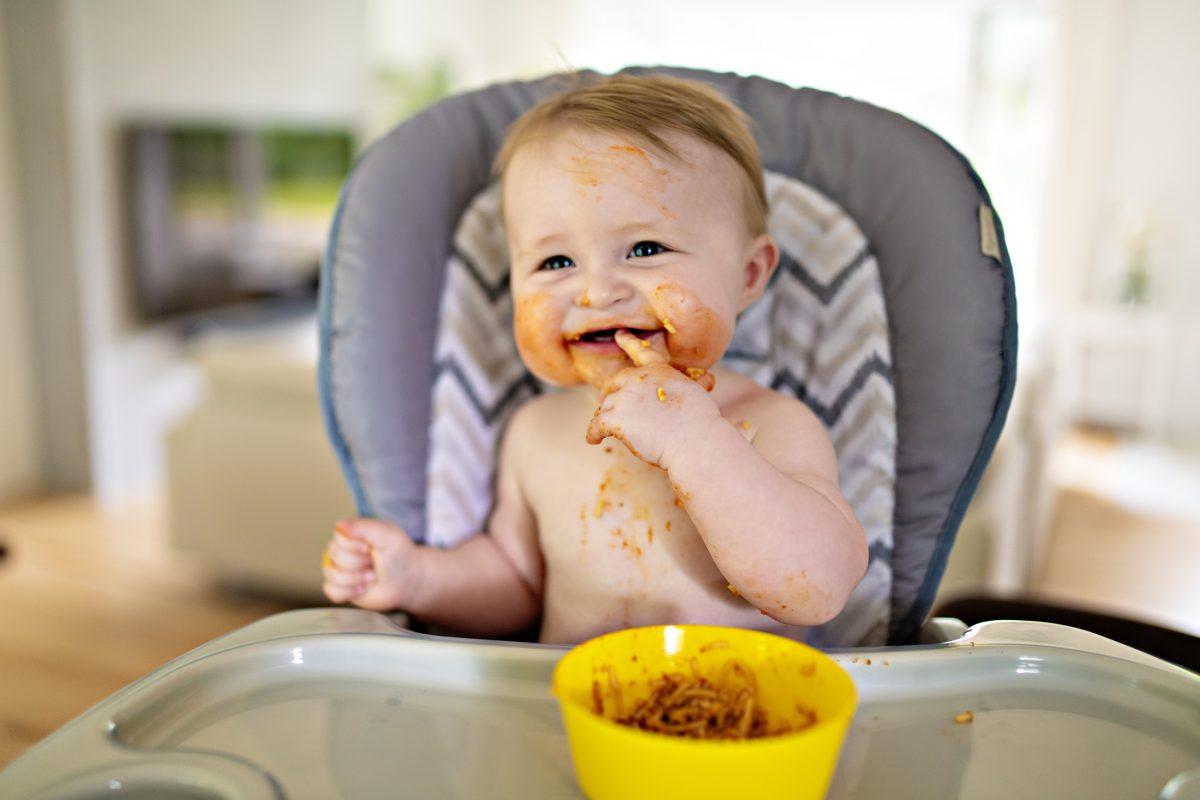 More research is needed to better understand the long-term impacts of baby-led weaning. Experts do not know much about the nutritional status of these infants, whether baby-led weaning has an effect on food allergies, and whether or not it impacts weight throughout childhood or results in being over or underweight in adulthood. 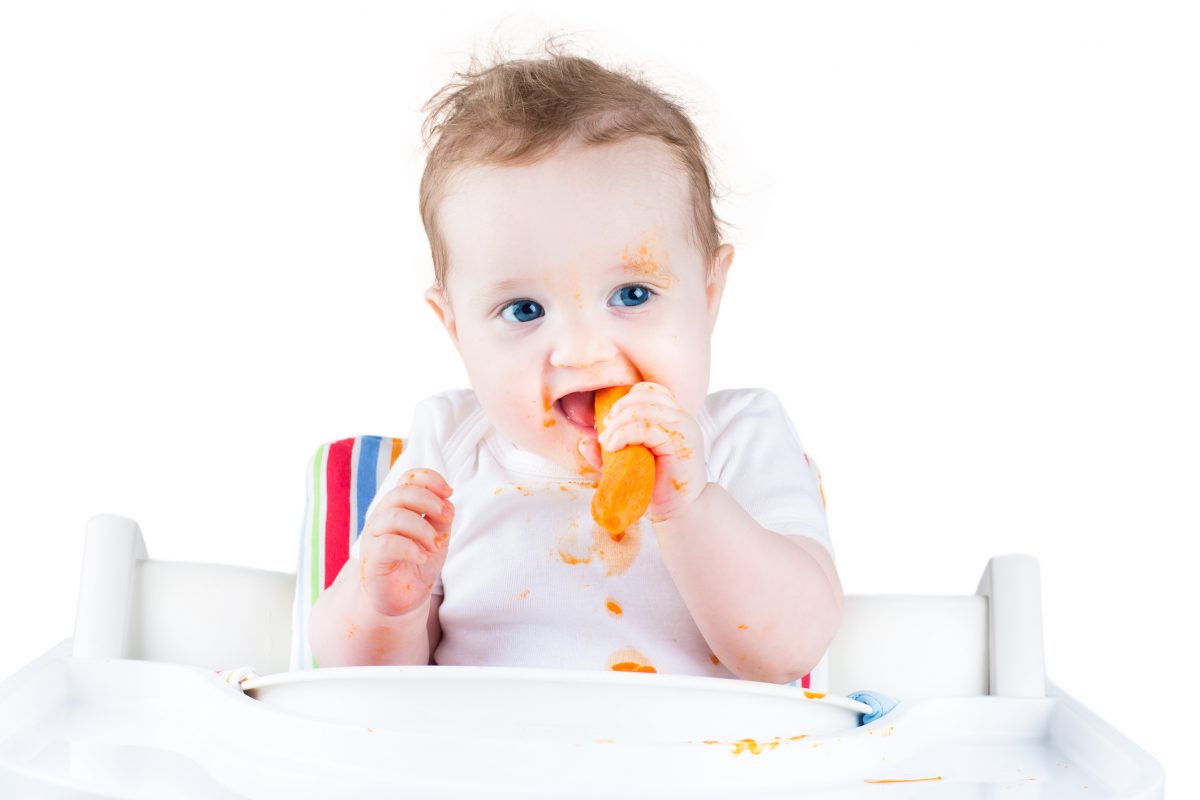 There are practical tips for baby-led weaning. It is essential to wait until infants are ready, primarily that they can sit upright on their own and have strong chewing skills. Pediatricians should closely monitor the infant's growth to determine if any supplements are necessary. Foods should be easy for the infant to pick up, and parents should avoid offering processed foods or those with added salt and sugar. 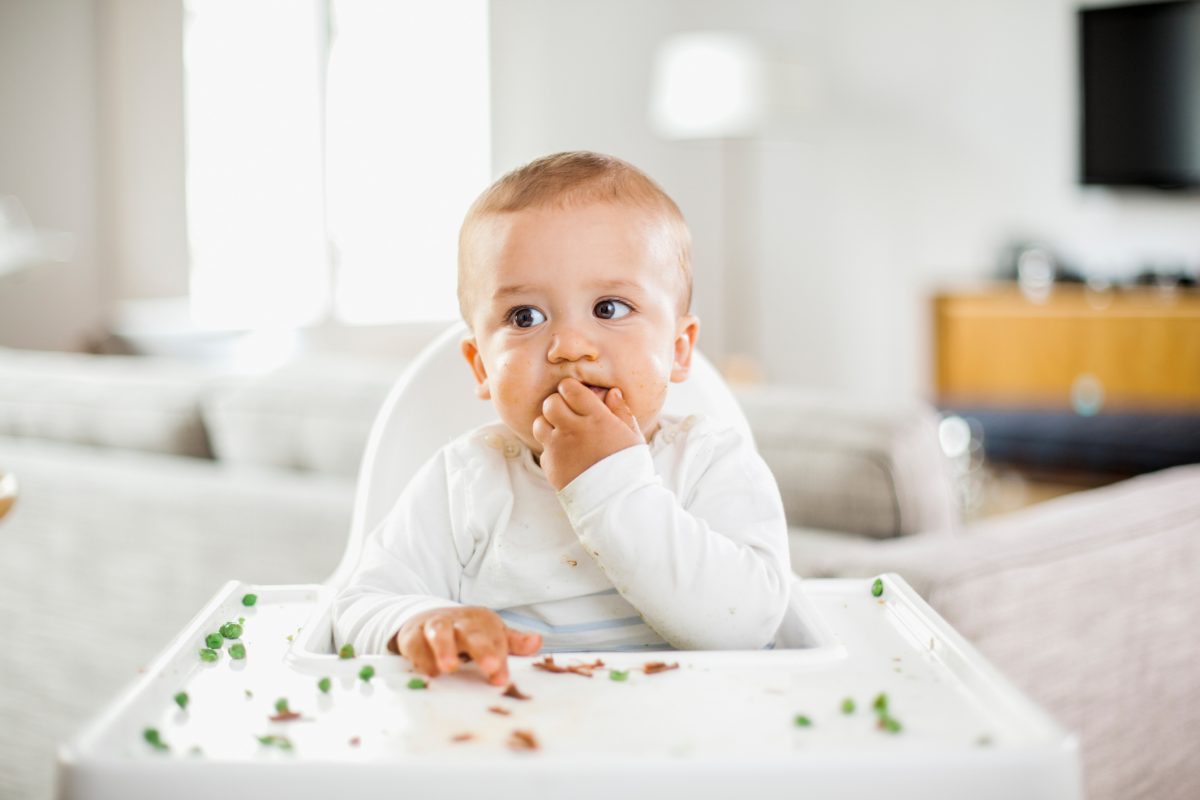 Although long-term benefits have yet to be determined, baby-led weaning has some apparent benefits over the traditional method. It supports hand-eye development and fine motor skills, plus it lets the infant better explore the texture, aroma, and color of real food. It may also teach babies about self-regulation because they stop eating when they feel full. 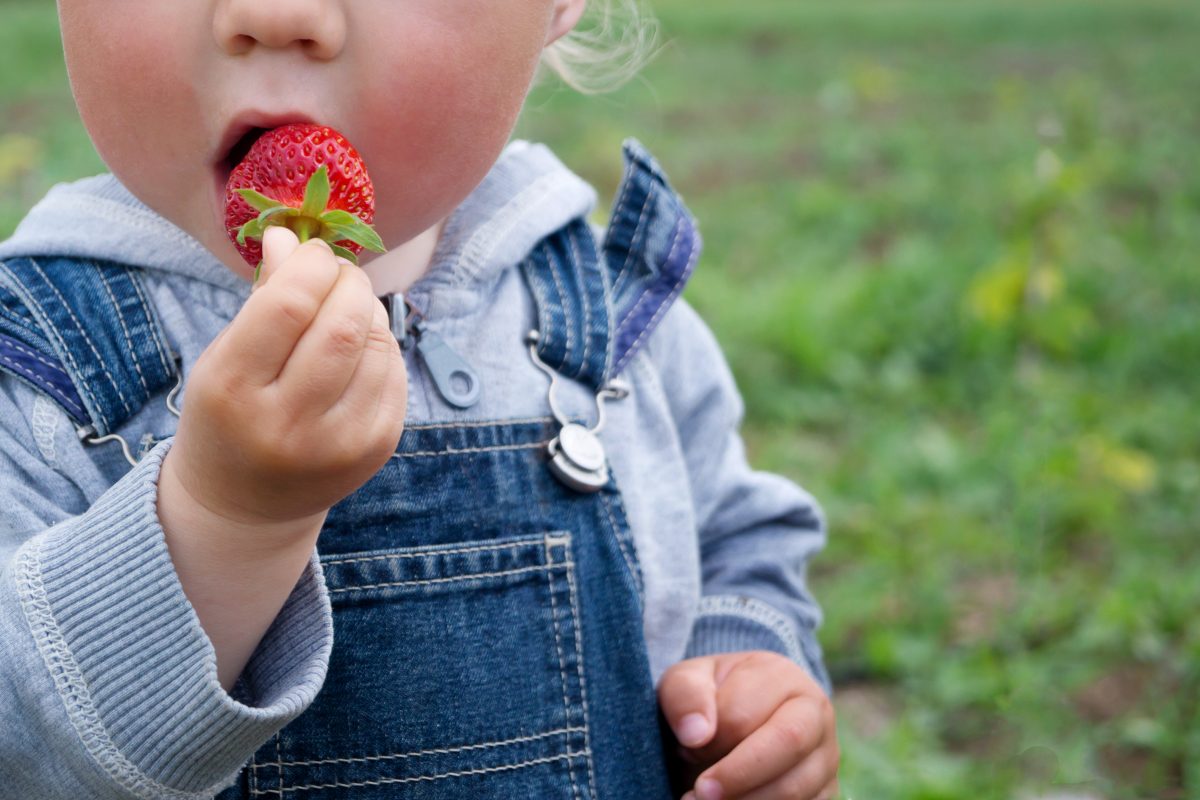 When offering food during baby-led weaning, the texture should be easy to smash with gentle pressure but firm enough that the baby can pick it up in one piece. Start with high-calorie single-ingredient foods before offering mixed dishes, and make sure the foods are high-calorie and contain iron, protein, and healthy fats. 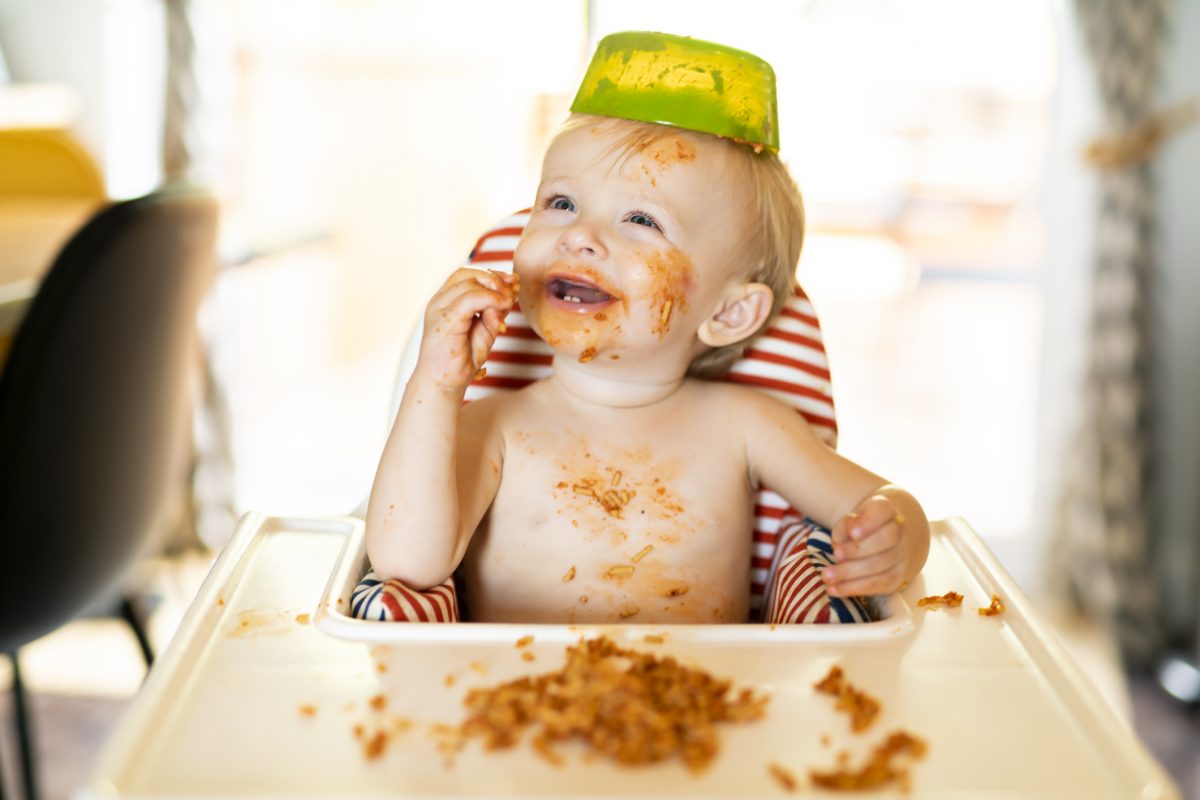 Size and Ease of Feeding

The size of the food offered during baby-led weaning is key. Food should be cut long and thin when possible so infants can pick it up easily. Some foods are wet and slippery, and the infant may have a hard time holding onto them. Use a crinkle cutter if needed to make the food easier to grip. 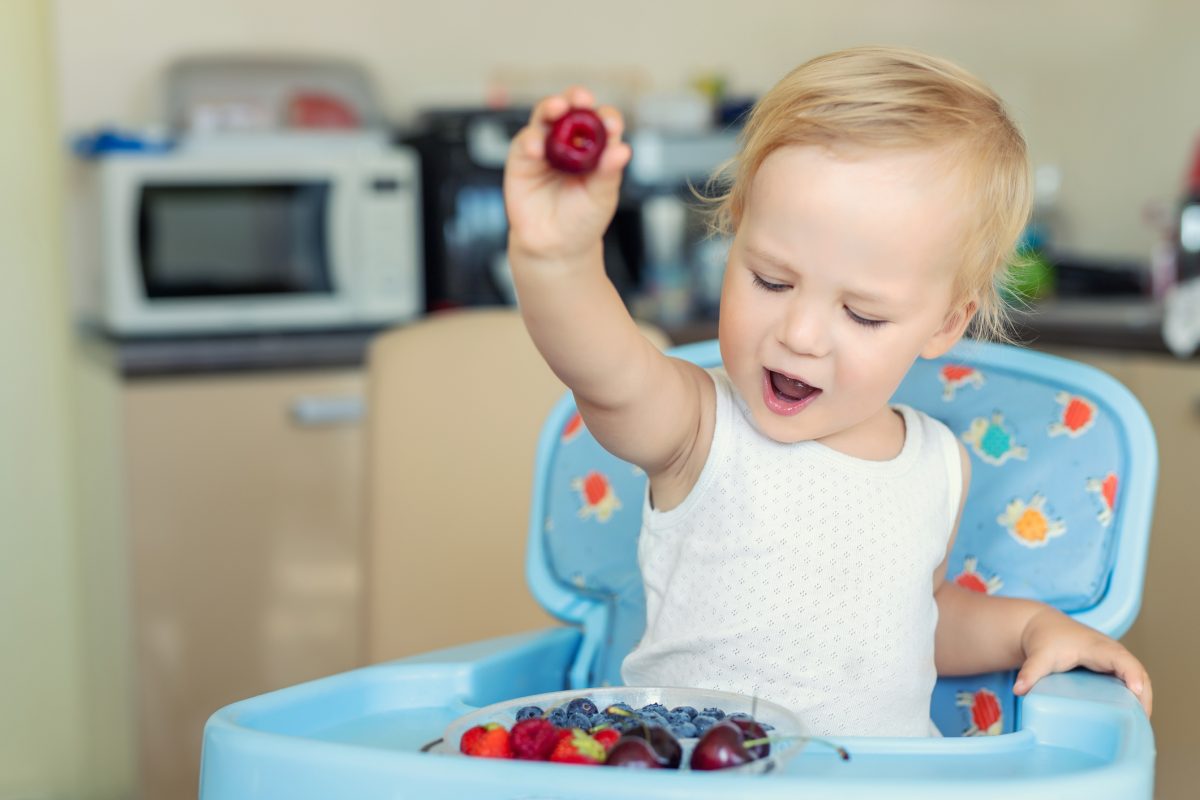 Choosing the right food is important in baby-led weaning. Some options that are nutritious and suitable for baby-led weaning are soft raw fruits, eggs, cooked fish, meatballs, and steamed or boiled broccoli. Toast is also a good option. When cut into strips, toast can be drizzled in olive oil or dipped into hummus to increase the nutritional value. 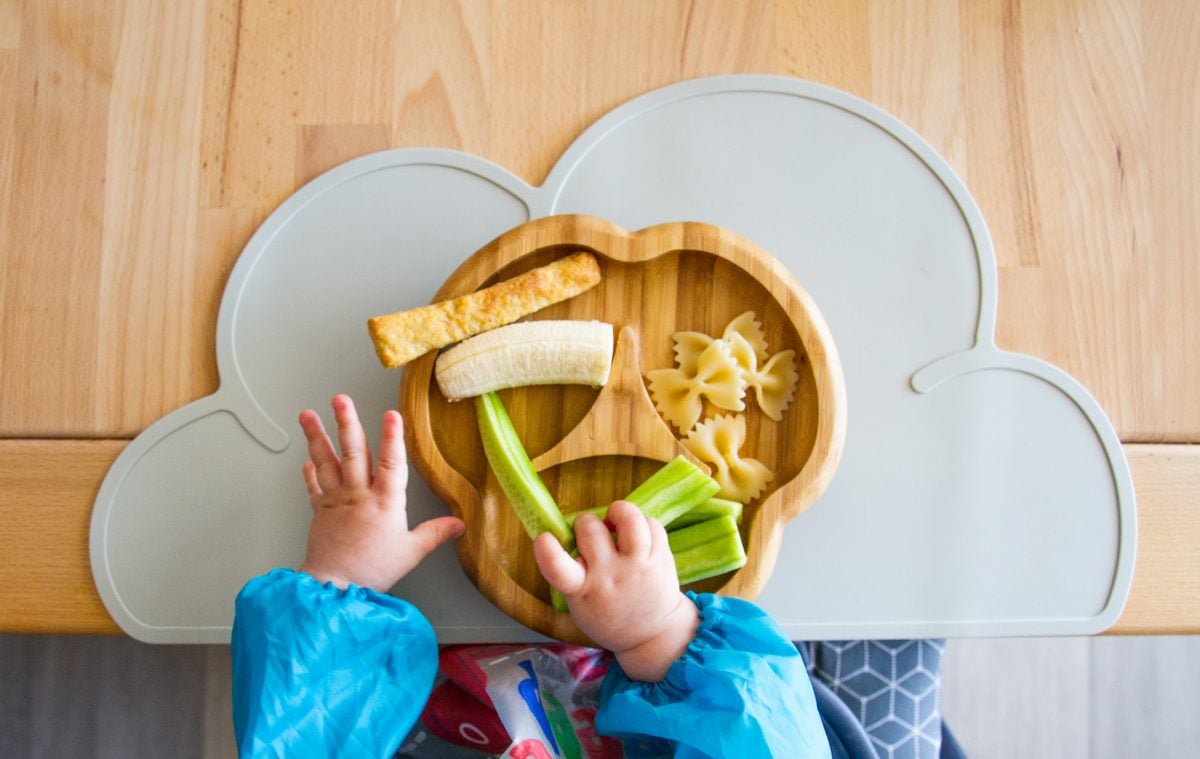