Fraternal Twins from Conception to Delivery, and Beyond

In the United States, roughly one out of every 83 births is a twin birth. Of those, about 72 percent are fraternal twins. Fraternal twin births have soared since 1980, from about 19 in every 1,000 births to 33 in 2017. Part of the reason for this increase is the growing success of in vitro fertilization, which is likely to produce fraternal twins. This double helping for parents presents a unique challenge throughout pregnancy, delivery, and childhood.

Identical twins result from a single fertilized egg splitting into two zygotes: they share the same genes and are always the same sex. Fraternal twins, on the other hand, result from two fertilized eggs in the same pregnancy and are essentially siblings that just happen to be born at the same time. They share half their genes, just like two children born years apart, and can be the same sex one of each. 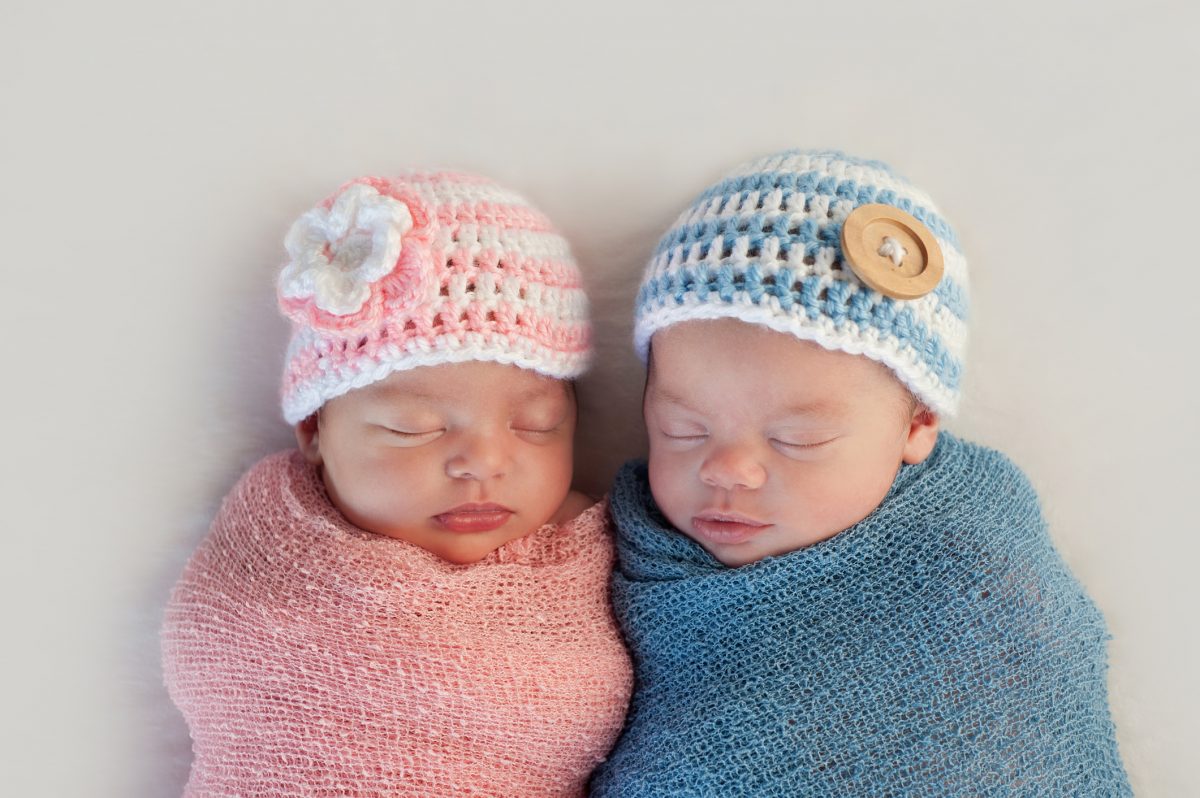