What Exactly is Mittelschmerz?

Most women are more than familiar with discomfort just before their menstrual cycle. About 90% of the female population experiences the monthly bloating, headaches, cramping, breast tenderness, and moodiness that announces the arrival of their period. However, one in five women also experiences a dull, mid-cycle pain called mittelschmerz about two weeks before the onset of their menstrual cycle. In most cases, this not a serious issue and does not require medical intervention. Gynecologists consider it a normal side effect of menstruation unless other symptoms accompany the pain.

Mittelschmerz is a German word that means “middle pain.” During ovulation, the ovaries release a mature egg as a normal part of the menstrual cycle. This release usually happens sometime between ten and 16 days before the monthly period begins. Before release, the egg develops in the ovary, surrounded by follicular fluid, a yellowish liquid rich in hormones. Researchers have not discovered a cause, but they have theories. As the egg grows, it stretches the surface of the ovary. This stretching also causes the egg follicle to begin releasing its fluid, along with small amounts of blood, which irritates the lining of the abdomen and causes the pain. 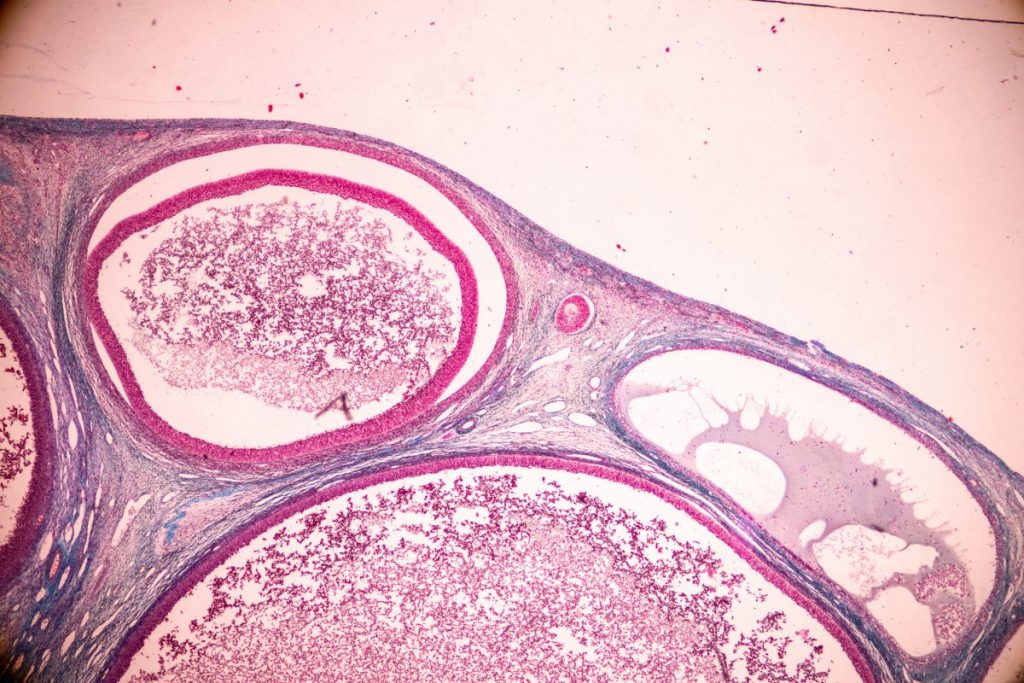