Panic attacks entail a feeling of extreme anxiety or fear that may last for anywhere between a few minutes to many hours. For an episode to qualify as a panic attack, one needs to have at least four of the numerous physical symptoms it is capable of producing. In most cases, panic attacks occur in response to certain triggers and do not assume life-threatening proportions. However, it is recommended that those prone to panic attacks, such as people with an anxiety disorder, need to develop coping mechanisms to minimize physical consequences. The following signs are considered to be symptomatic of the onset of a panic attack.

Experiencing a pain attack may cause one to hyperventilate. An individual thus affected will take rapid breaths or inhale deeply and quickly, as if not getting enough oxygen. Often, the manifestation of such symptoms further alarms the victim, thus creating a positive feedback loop. Thus, if a panic attack occurs when an individual is alone, they are at greater risk of aggravating their discomfort than alleviating it. 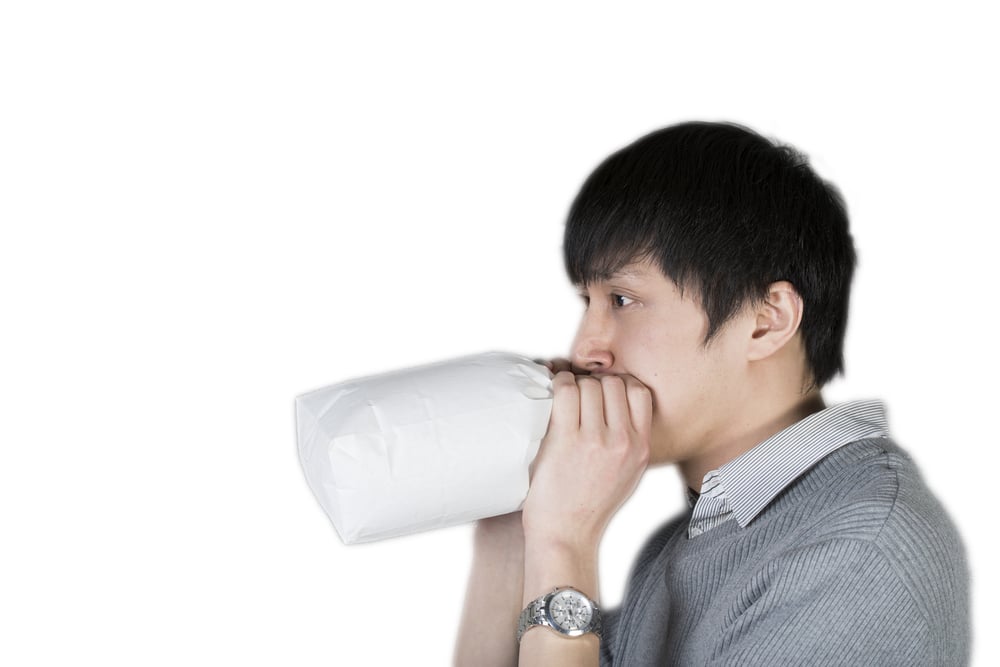