Arsenic is a dangerous chemical element with a long history of medicinal, combat, and agricultural uses. It exists within many minerals, though it can also appear as a pure elemental crystal. There are many types, with the most common being gray arsenic. The element has potent neurological effects and can dramatically damage the liver, lungs, bladder, and skin. Inorganic compounds of arsenic are typically more toxic than organic, but biological systems can convert organic compounds into inorganic compounds, making them just as dangerous.

Albertus Magnus, or Saint Albert the Great, became the first person to isolate arsenic properly in 1250. However, despite not being able to isolate it, physicians and alchemists had been using arsenic as far back as the fourth century BCE. Hippocrates, in 370 BCE, was well aware of the toxic properties of arsenic compounds. Pedanius Dioscorides was a Greek physician and pharmacologist who served as a physician in Roman Emperor Nero’s army. He described arsenic as a poison, but also believed that it could be an effective treatment for asthma. 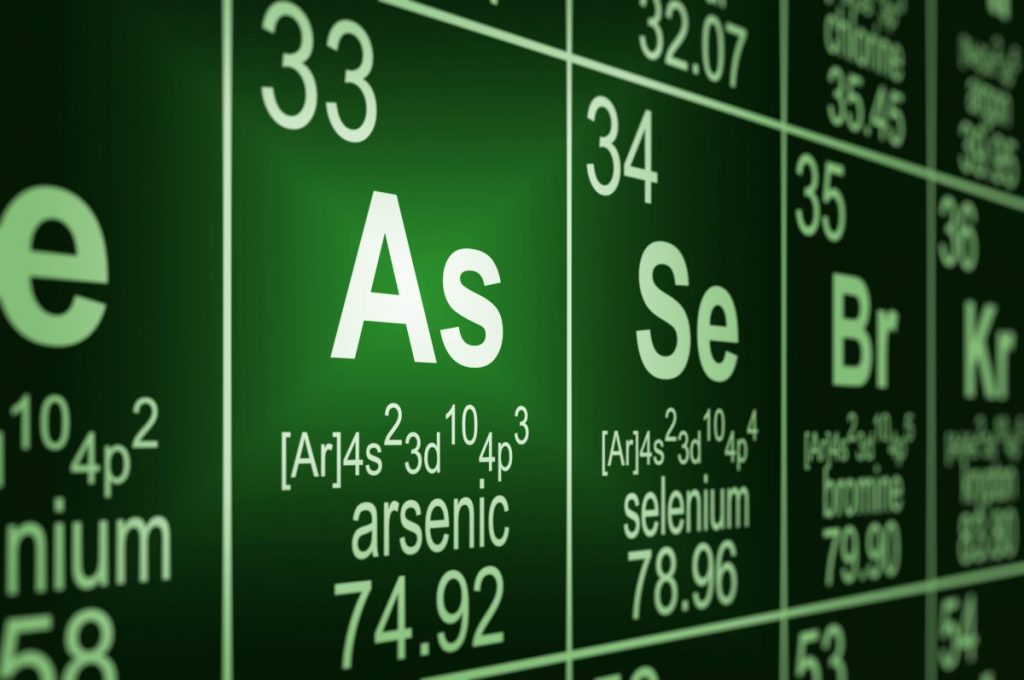