Hemophilia is a rare condition that prevents the normal clotting of blood. It is usually genetically inherited from parents, and most commonly affects males. It results from a deficiency of certain blood clotting factors, proteins in the blood vital to the formation of blood clots. There are two main types of hemophilia, A and B. Hemophilia A affects about one in 5,000 to 10,000 males, while hemophilia B affects one in 40,000 males. Hemophilia C is extremely rare. Symptoms and signs vary with the severity of the condition and are generally related to the effects of bleeding in various parts of the body. Many people with hemophilia have only a mild or moderate form. In these instances, the first indication may not appear until later in life.

In people with mild hemophilia, this may be the first time patient or doctor notices prolonged bleeding. The incident may follow a tooth extraction in an adult who has not had any bleeding problems previously. A vaccination could cause bruising that extends the length of the arm. Excessive bleeding following circumcision surgery in babies may be an early sign of hemophilia, and occurs in 50% of newborns with hemophilia. The heel prick test babies receive at around five days may also cause prolonged bleeding. 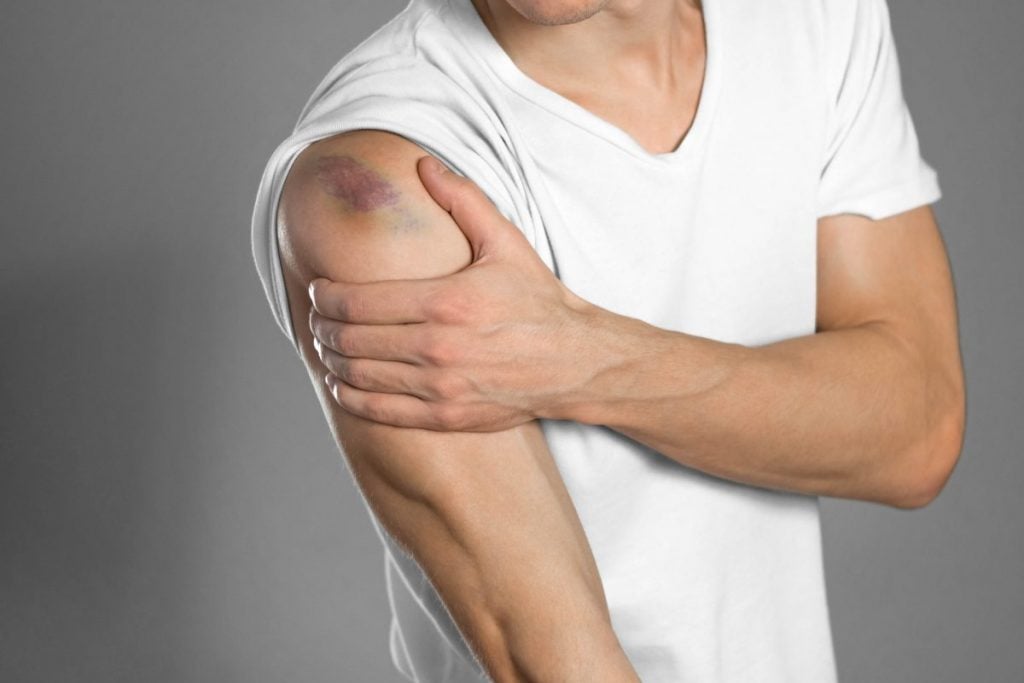