Women choose the BBT method for many reasons. There are no side effects, and it doesn't require any preparation or special items. Some women use the method as contraception for similar reasons. Religious beliefs may also influence the choice to use the basal body temperature method as birth control. The BBT method is also known as natural family planning, and some people combine it with other natural practices such as the cervical mucus method. The two methods used together are the symptothermal method. 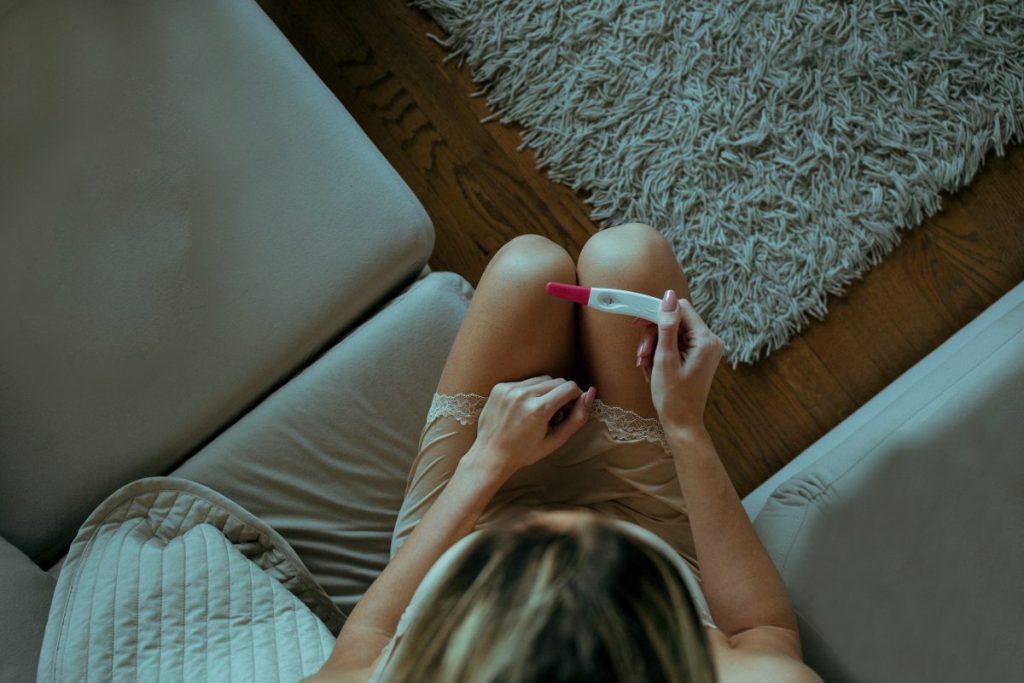 Women who have given birth recently or stopped taking hormonal birth control should consult a doctor before using basal body temperature as a method of contraception. It is also advisable to see a doctor while breastfeeding or nearing menopause. Some health conditions make BBT tracking unreliable. Diabetes may lead to fluctuating body temperatures unrelated to ovulation. Hypothyroidism results in insufficient production of hormones that control digestion and metabolism. Raynaud's Disease alters BBT due to spasms or the collapse of blood vessels exposed to cold temperatures. Anemia is common in women of child-bearing age and may lower body temperature. Many women do not realize they have anemia, so experts recommend a basic blood test before starting the BBT-method. 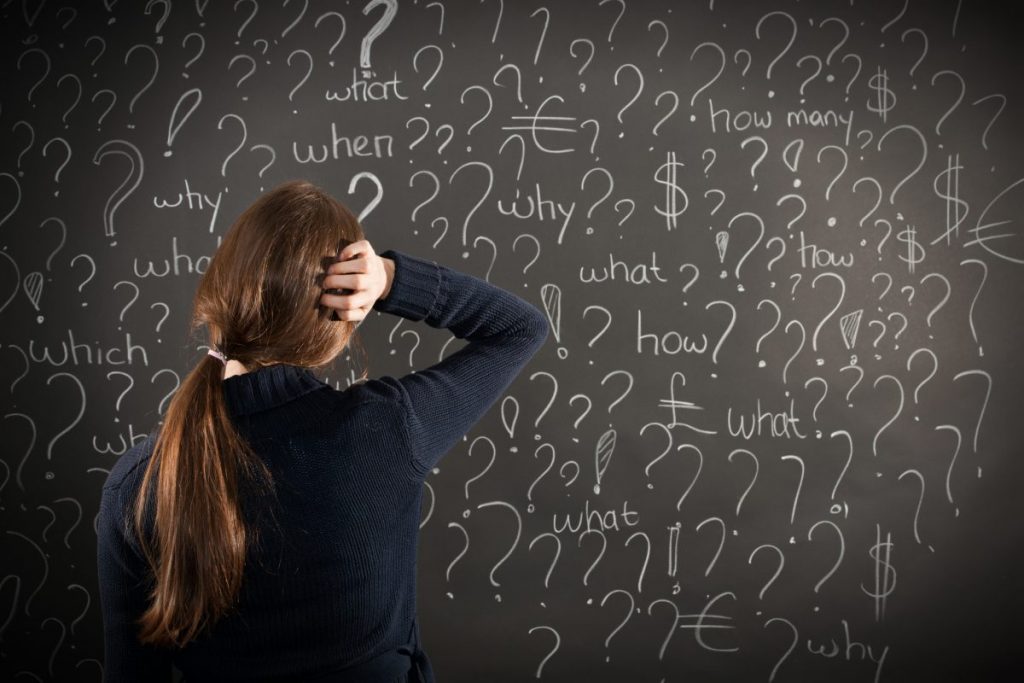 Ovulation causes a slight increase in body temperature. At these times, estrogen levels in the pre-ovulatory or follicular phase of the reproductive cycle are higher than normal. This correlates with lower body temperature. This fluctuation is the biphasic temperature pattern, which looks like two irregularities when plotted on a graph. Every woman is different, so the increase in BBT might be very small or increase rapidly. Body temperature could also drop and rise over several days. The BBT method should not be relied on until the woman tracks several cycles because there is so much individual variation. 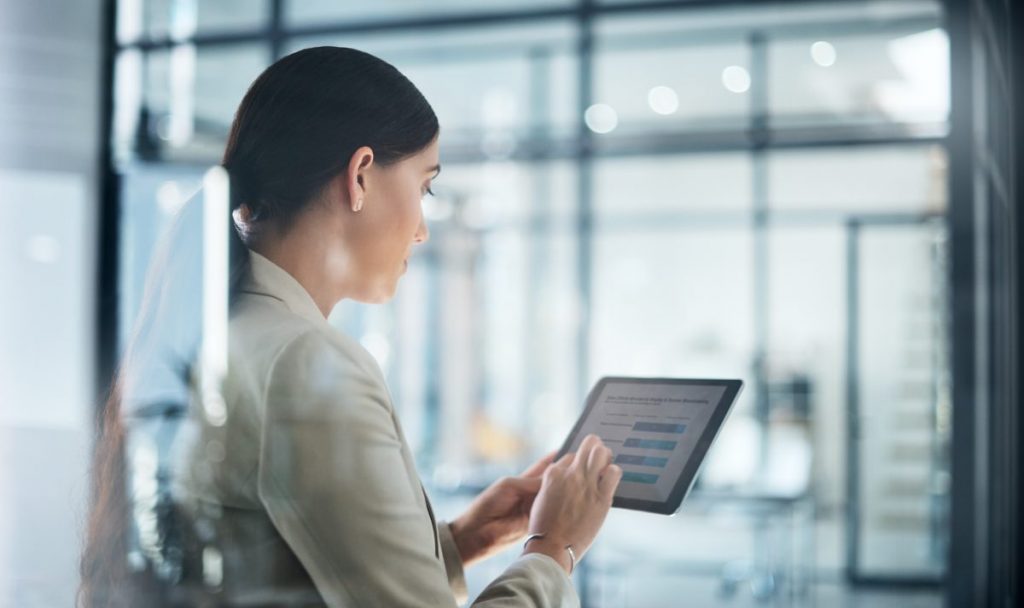 The process of tracking BBT is fairly simple. The woman records her body temperature immediately after waking up, before getting out of bed in the morning. A digital oral thermometer will work for this purpose, although thermometers specifically designed for BBT can measure temperature to a tenth of a degree. It is important to get at least three consecutive hours of uninterrupted sleep for an accurate basal body temperature reading. Temperature can be taken vaginally or rectally instead of orally, but the woman must use the same method every day. 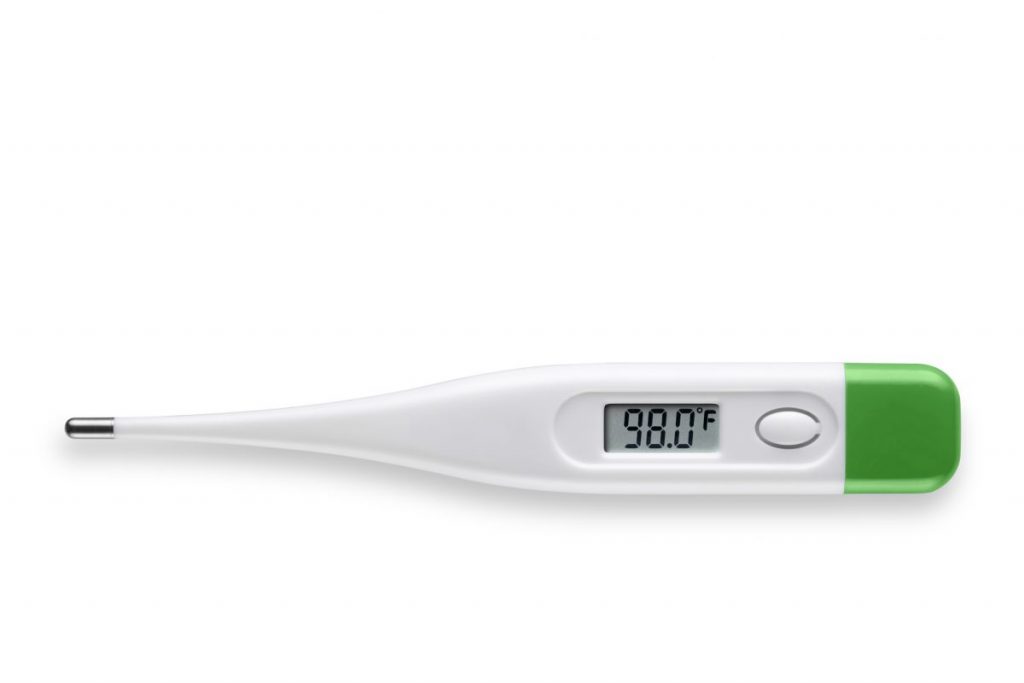 The woman plots her daily recorded temperatures on graph paper to discern a pattern. It is safe to assume ovulation occurred if BBT rises and increased temperatures continue for three or more days. Fertility is highest two to three days before BBT rises, so couples should plan intercourse accordingly on those days, depending on their reasons for using the method. BBT has an additional benefit of ensuring ovulation is taking place. Women can have regular menstrual cycles even if they are not ovulating. Unusual BBT temperatures or lack of the biphasic pattern may indicate a problem with ovulation. 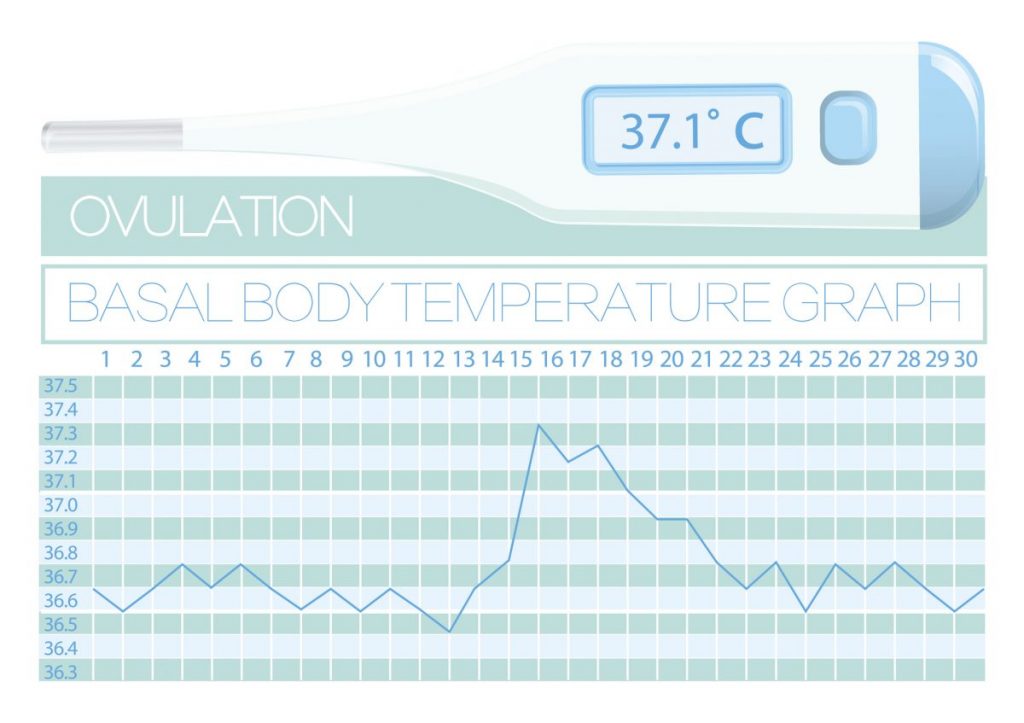 The period of optimal fertility is two or three days long, but sperm can live in the reproductive tract for up to five days. Women trying to conceive should have sex during this time, while women trying to prevent conception should avoid sex from the beginning of menstruation until four days after the initial increase of the basal body temperature. 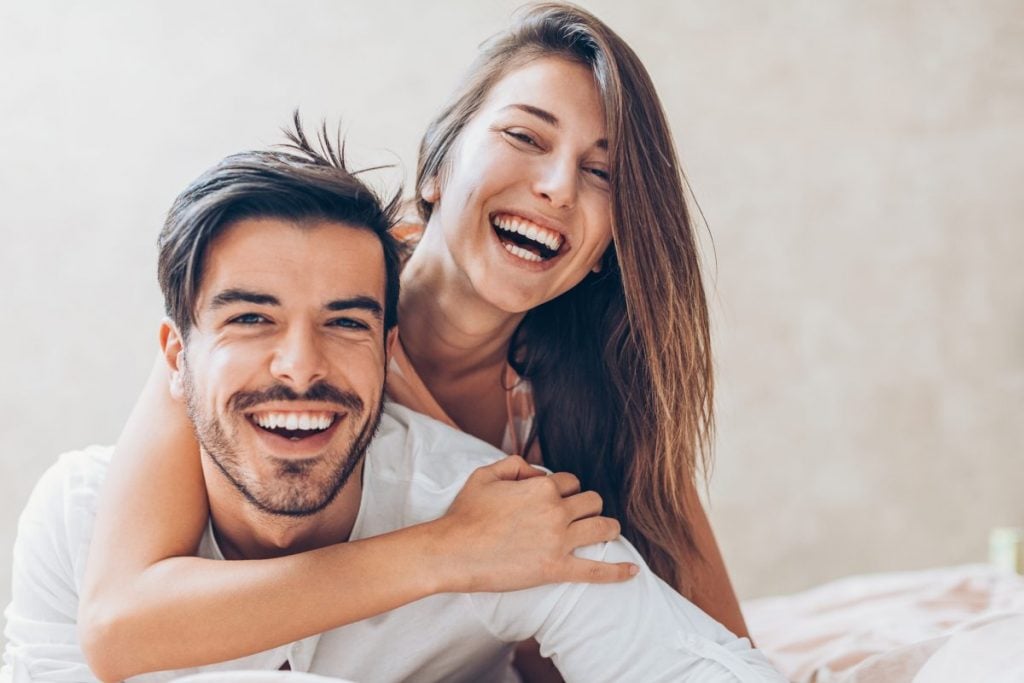 Using the BBT method as a form of birth control requires strict adherence to measuring temperature and diligent planning. Sexual activity must be avoided during fertile days unless the couple uses a barrier method. It is important to remember that the days of highest fertility offer the best chance of conceiving, but it is possible to conceive during most of the menstrual cycle. Some estimates state that 24 out of every 100 women using the BBT method as contraception become pregnant every year. 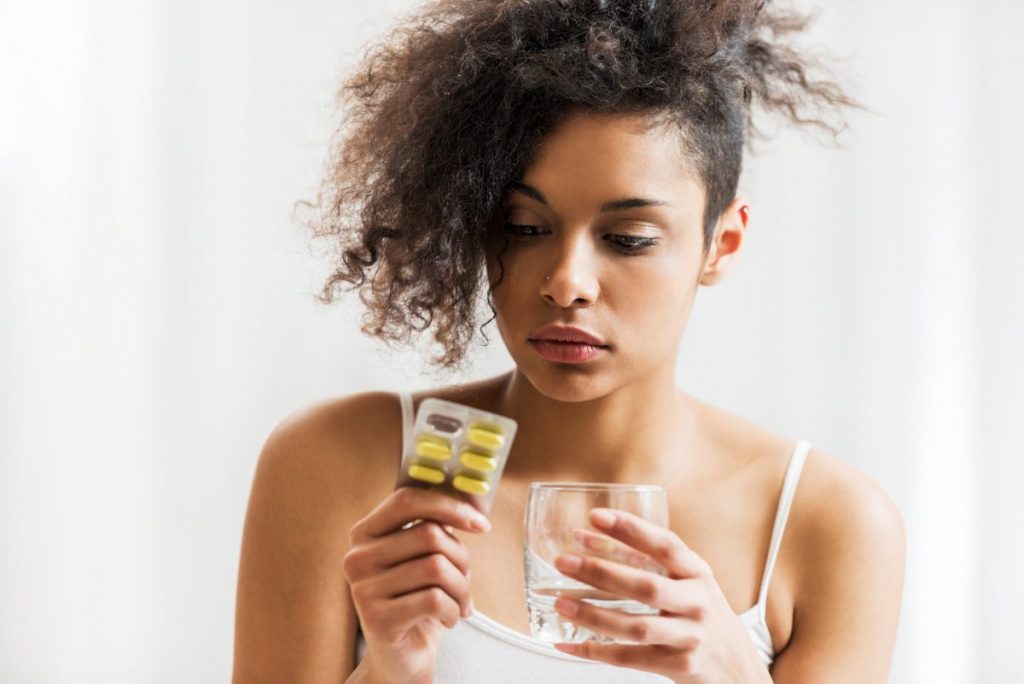 Several factors influence the basal body temperature. BBT is completely unreliable during an illness or fever. Other factors include oversleeping or altered sleep cycles, stress, shift work, alcohol, reproductive disorders, some medications, and travel or time zone differences. Some women regularly engaging in strenuous activity, intense exercise, or physically demanding jobs may not be able to use the BBT method because their body temperature does not fluctuate before or after ovulation. 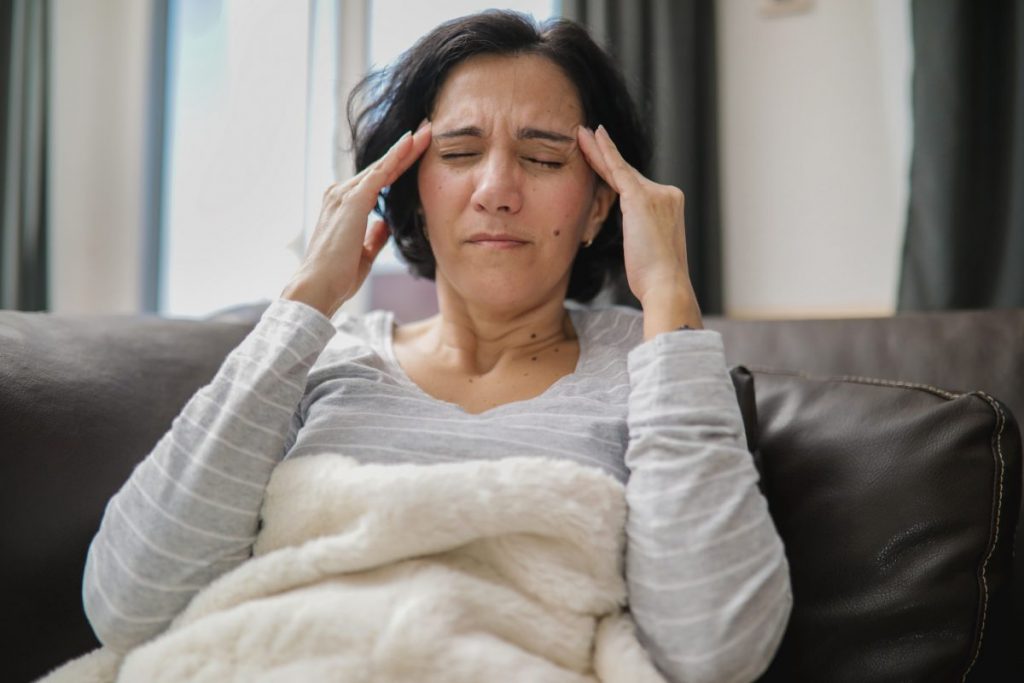 Medical research on the BBT method for fertility awareness or contraception finds mixed results. Many researchers see such low agreement between BBT calculated periods of ovulation and ovulation determined by analyzing hormone levels that they attributed agreement to chance. Separate research in the fertility field has found that the period of increased fertility actually lasts for six days, and the highest point is the day before ovulation. Research concerning the BBT method, and fertility in general, is ongoing.

There are several ways to determine ovulation, by evaluating the presence or absence of several factors before ovulation. Women can watch for cervical mucus that looks similar to egg whites, take urine tests at home to detect luteinizing hormone, or use an electronic device to record urinary metabolites produced by increased estrogen. Retrospective methods evaluate factors that occur after ovulation. The BBT method and the cervical mucus method are retrospective methods. The most accurate method of estimating when ovulation occurred is a serial ultrasound assessed by a medical professional. 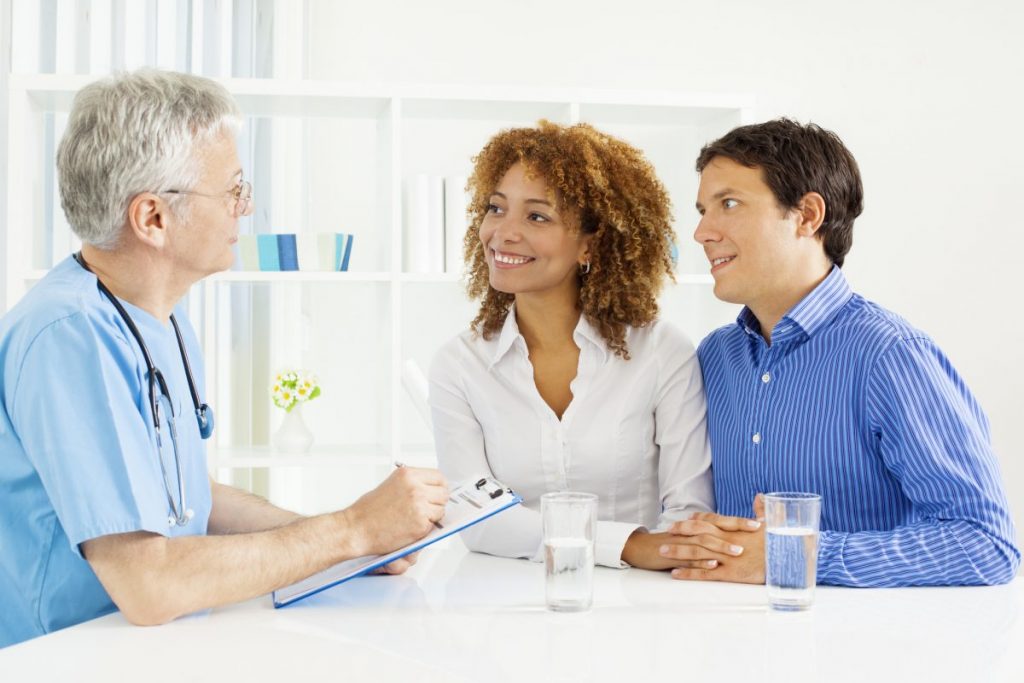