A Guide to Antibodies

Antibodies, also known as immunoglobulins, are large proteins that can identify and eliminate foreign invaders and proteins the body doesn't recognize. Along with B and T cells, antibodies are the most important part of the adaptive immune system, the portion of this system that is "learned" and more tailored and specific to the threat. Without them, there would be no vaccines to prevent common diseases. However, antibodies are also responsible for many autoimmune diseases.

Antibodies are uniquely Y-shaped and consist of four polypeptides or amino acid chains. They have two heavy chains and two light chains, each with many domains. The three main regions of an antibody allow it to perform different functions. Two antigen-binding fragments (Fab) make up the top of the Y, while a crystallizable fragment (Fc) forms its trunk. 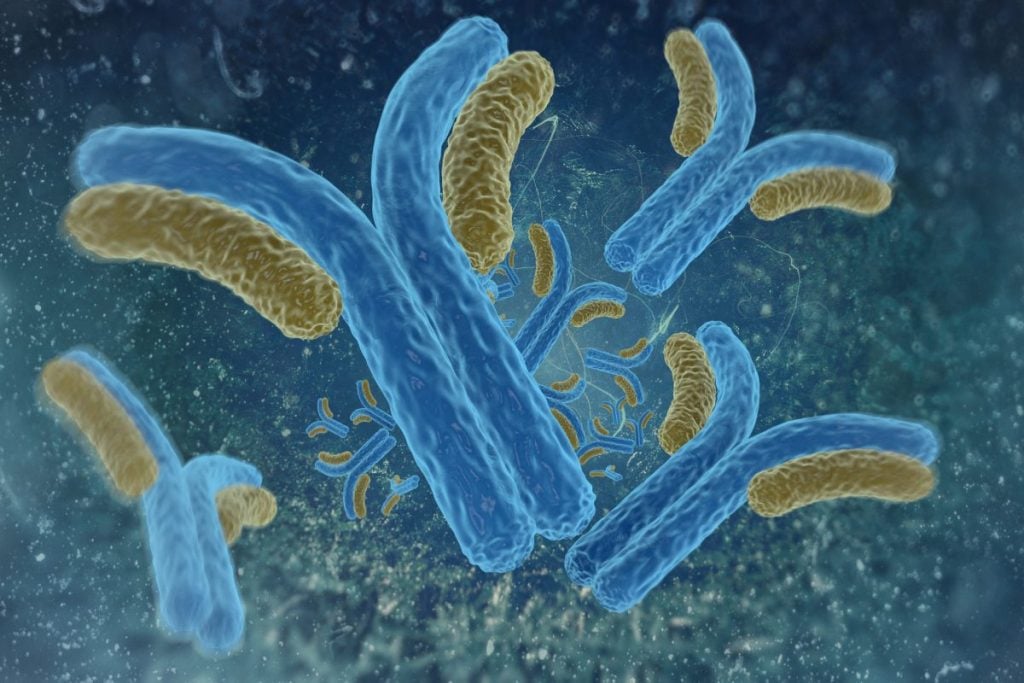