Medical ultrasound in healthcare enables doctors to carry out a wide range of exploratory and diagnostic processes involving the soft tissue structures in the body. Ultrasound originated with industrial applications, and the first practical medical use was in the 1950s. Today, most areas of healthcare use them in some way.

Ultrasound equipment uses a handheld transducer or probe that produces a beam of ultrasound waves. These waves pass through tissues and are reflected back to the transducer, much like echoes bouncing off walls. When the reflected waves return to the transducer, they generate electrical signals the machine translates into an ultrasound image on a screen. The ultrasound waves are generated by piezoelectric crystals, ceramic crystal materials that generate sound waves when an electric field is applied to them. The sound waves are at a frequency of 2 to 18 megahertz, which humans cannot detect.

The ultrasound waves bounce back to the transducer when they hit boundaries between different types of tissues, like that between fluid and soft tissue. The machine measures the time it takes for each wave to return after it has bounced off a tissue boundary. Using the known speed of sound and the time for the ultrasound wave to return, the scanner calculates the distance from the transducer to the tissue boundary, creating a real-time two-dimensional image of tissues and organs. 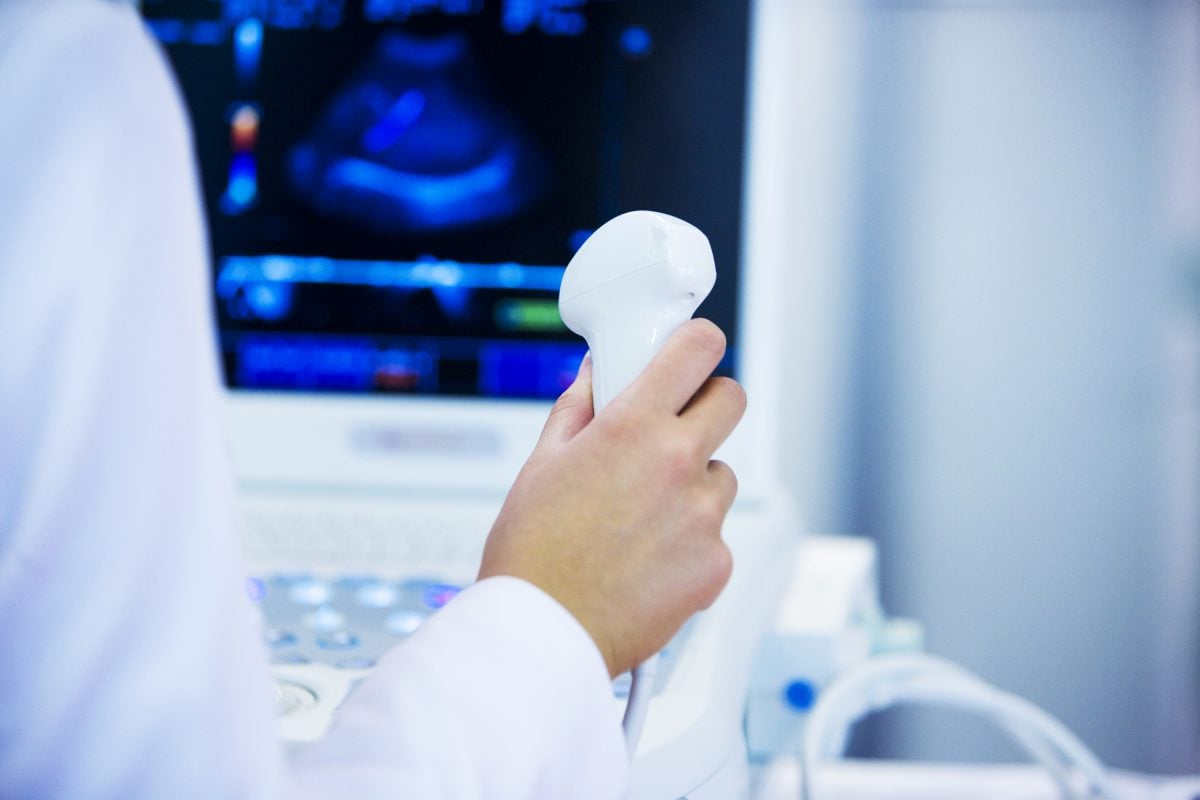