2. Sneezing is a Joint System Effort

Sneezing is a combined effort of the respiratory, musculoskeletal, and parasympathetic nervous systems. Dust, pollen, smoke, pollution, and microscopic irritants trigger sneezes, as can viral infections, allergies, and colds. When the nerves in the mucus membranes of the nasal passage detect irritation, they send a message to the throat, chest, and abdominal muscles to contract. This contraction forces air out through the nose in an attempt to remove the irritant. The facial muscles may also react, including closing the eyes. This is likely the body’s way of preventing the forcibly removed particles from then entering the eyes. Interestingly, some people sneeze when plucking their eyebrows. Researchers say irritation in the facial nerve endings travels to the nasal nerves, which brings about the sneeze. 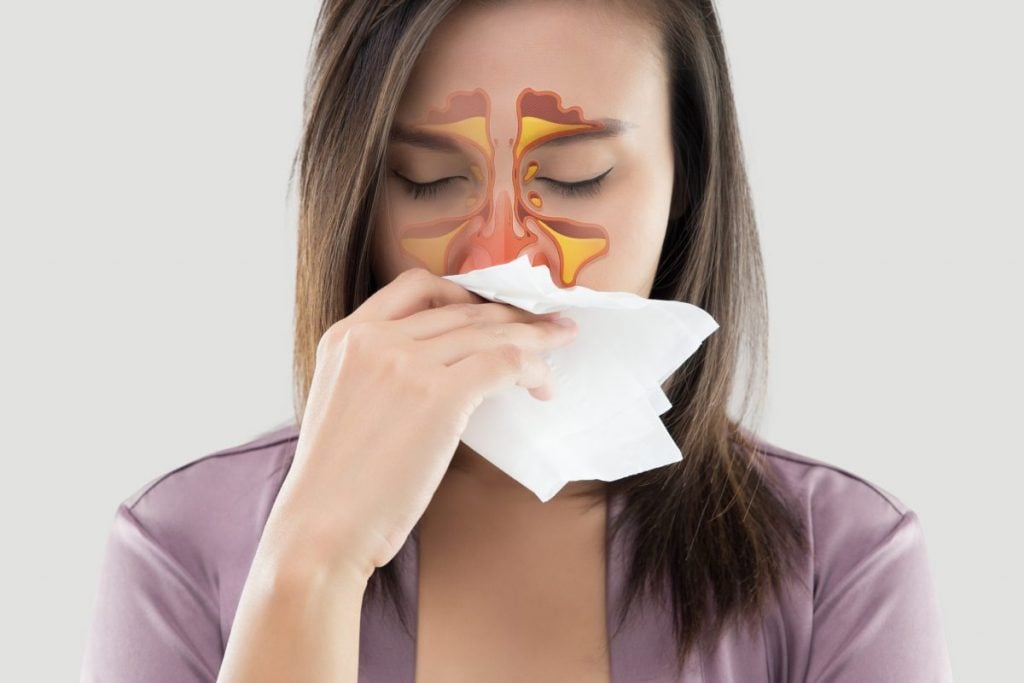