Many people notice odd shapes that drift around when they move their eyes. In most cases, these "floaters" are gray or black and resemble spots, thread-like strings, cobwebs, or wavy lines. The floaters quickly dart away when one attempts to focus on them. Many conditions and factors lead to eye floaters, but very few are medical emergencies. Though treatments exist, they are not always necessary.

Occasionally, flashes or streaks of light may appear alongside floaters. Some people describe them as being similar to the stars that can appear after a head injury. The flashes may show up across several weeks, though they can occasionally last for several months. Though flashers and floaters are technically distinct symptoms, they typically result from similar conditions. Additionally, because they often appear together, the flashes can eclipse the floaters. 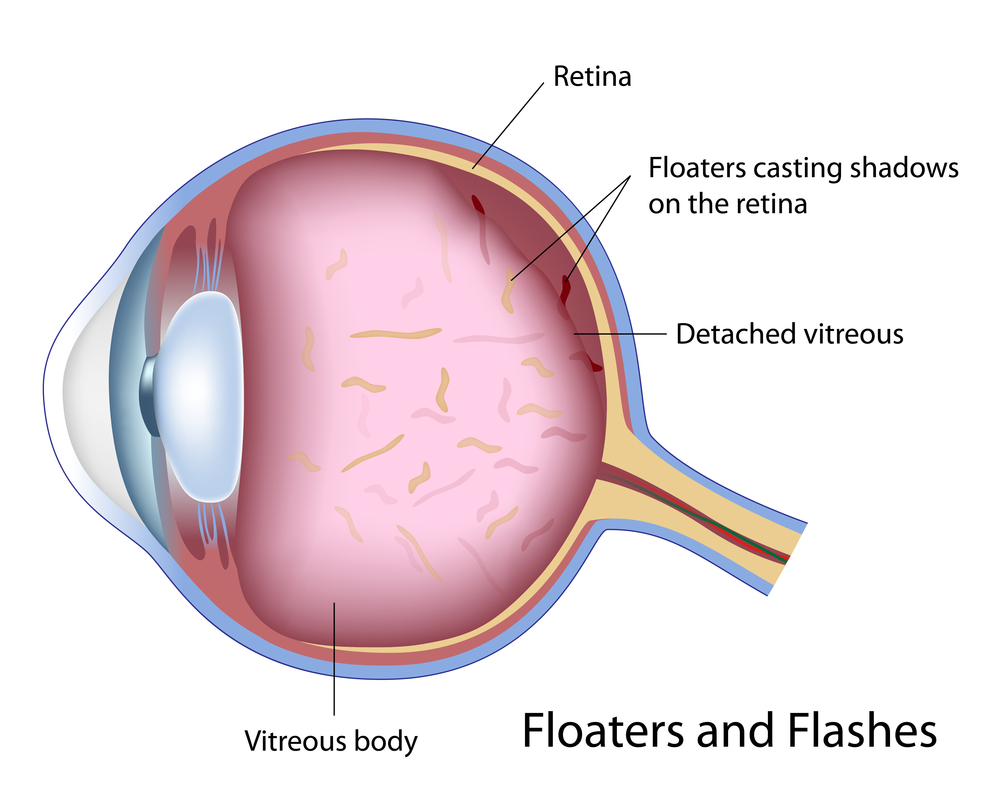