All About Finger Dislocation

Finger dislocation is a common and painful injury. A dislocation occurs when the bone becomes dislodged from its normal position. Any of the finger bones -- which are connected at the knuckles -- can become dislocated, although it most commonly happens at the middle knuckle joint or proximal interphalangeal (PIP). It can difficult to distinguish between a dislocated and broken finger because the symptoms are often similar.

A force striking the end of the finger is the most common cause of a dislocated finger. Alternatively, the finger may be forcefully overextended or bent beyond its normal range of movement. Dislocated fingers are often the result of sports injuries, such as when a ball hits the end of a finger, or if a person falls on their hands and bends their finger back. 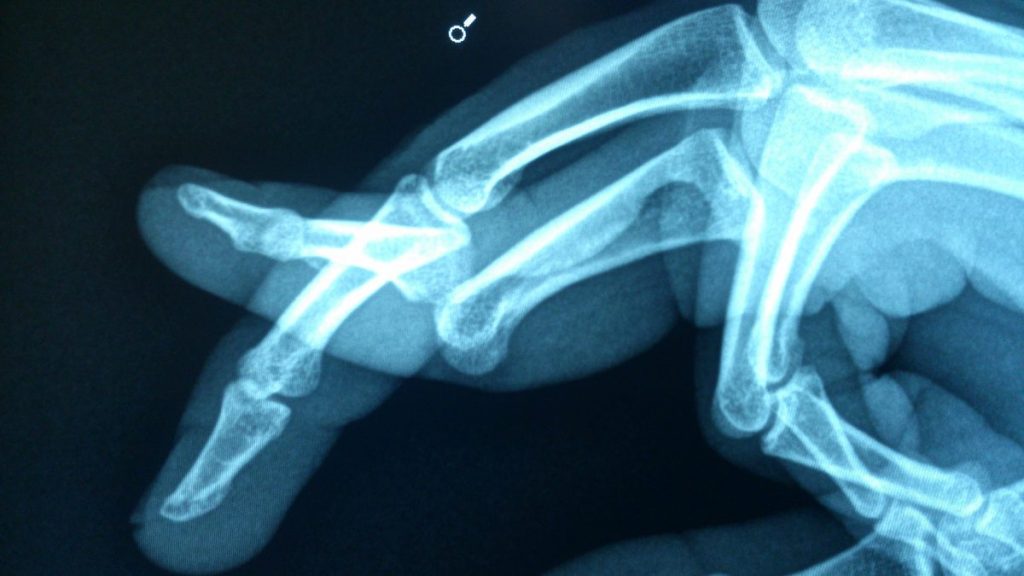