Unlike other tissues in the body, spinal discs have a low blood supply and are therefore unable to repair themselves. As humans age, the discs in the back and neck start to deteriorate. The name for this condition, degenerative disc disease, is a misnomer because this issue is not a disease but rather a common way of describing the structural changes that naturally occur in the spine. For this reason, some medical professionals consider degenerative disc disease a controversial diagnosis.

1. Back Pain Is Worse When Sitting

When a person sits down, the load on the discs in the lower back increases as much as three times than while standing. Normally, the discs in the back have a soft, jellylike layer called the nucleus pulposus on the inside; a firmer fibrous tissue structure on the outside, the annulus fibrosus, acts as a cushion. If the outer layer tears, the inner layer is forced out through the tear. In such cases, the increased load from sitting causes both pressure and pain. Walking, running, stretching, or lying down eases the discomfort for some individuals. 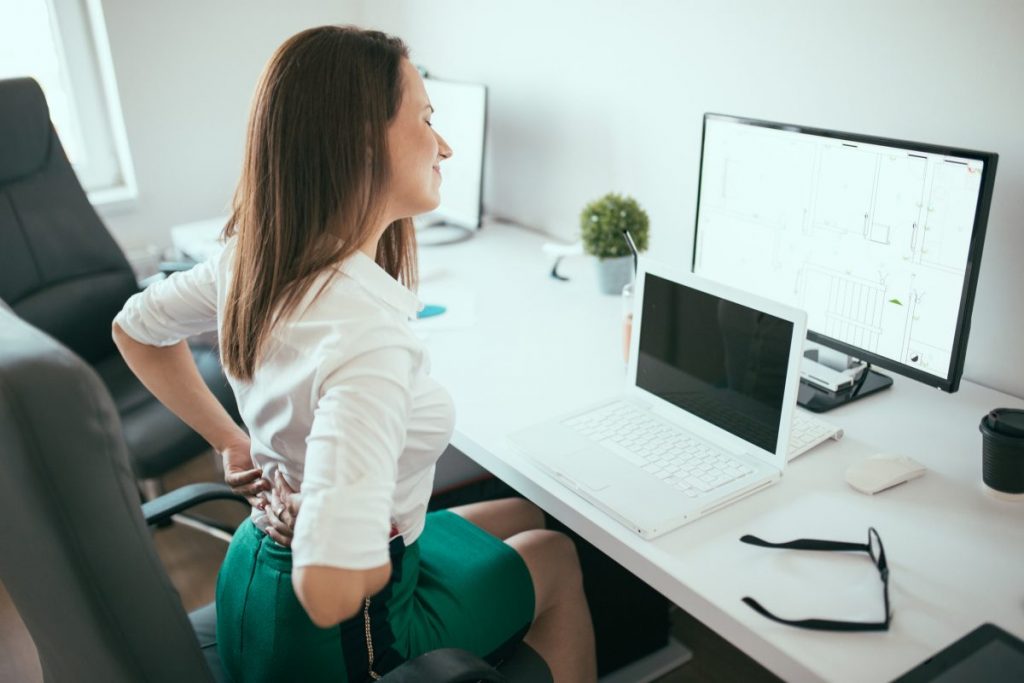